This week, the team is here to talk about everything from kickflips to statistics! This episode showcased what’s planned for Revenant (next week on PC!), shared more of what the team has been working on for Melee 3.0, and more. Watch the full episode below or keep reading to learn all the juicy details!

In Devstream 115, we showed you TennoGen creator & all around awesome artist Liger Inuzuka’s Nezha Deluxe design. The team has been hard at work preparing Nezha Deluxe post-TennoCon. 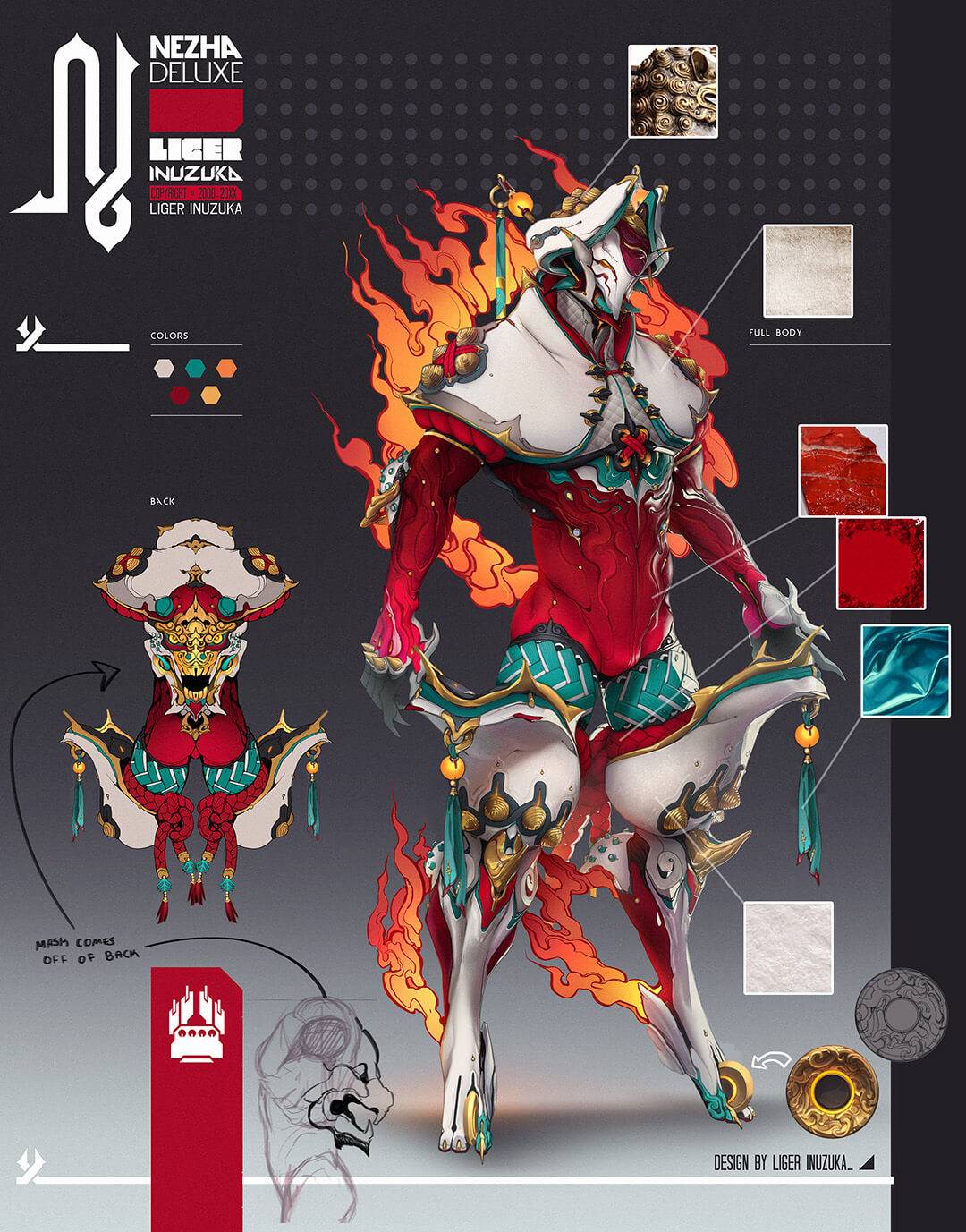 Here is a clip of Nezha Deluxe in-game. He’ll be ready to go ship after some effects polish!

At TennoCon 2018, we shared concept art for an upcoming Warframe, Garuda. Work on this gore-based Warframe is ongoing. We plan to release her with the Fortuna update! 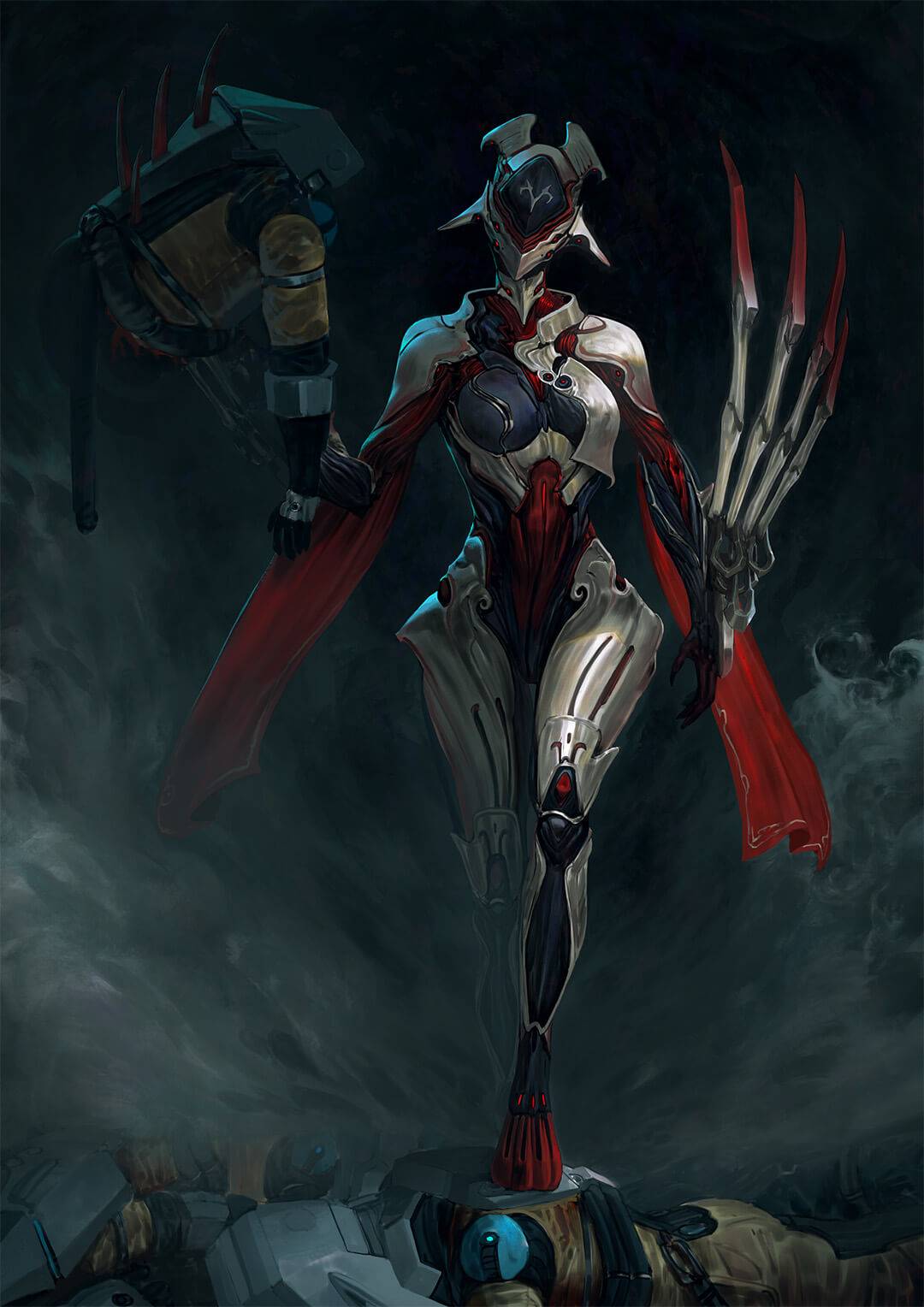 We’ve been working on adding style to K-Drive with some tricks and leaps of faith. Here’s a preview of what’s to come with many more animations on the way!

K-Drive customization will be connected to a Fortuna K-Drive gang. You’ll have to earn standing with the gang by performing tricks to purchase K-Drive customizations and Mods. K-Drive appearance will be Modular, but not functionality. Speed, jump-height, and handling characteristics will all be customizable!

The team also has plans for K-Drive Achievements and a Racetrack on Venus!

Along with a UI update, the way we handle the Daily Tribute is being revamped. On Milestone days, you will be able to pick what item you’d like as a Reward. We’re also discussing the possibility of being able to select the same item more than once to exchange in a trading market. Mods and weapons will be included! 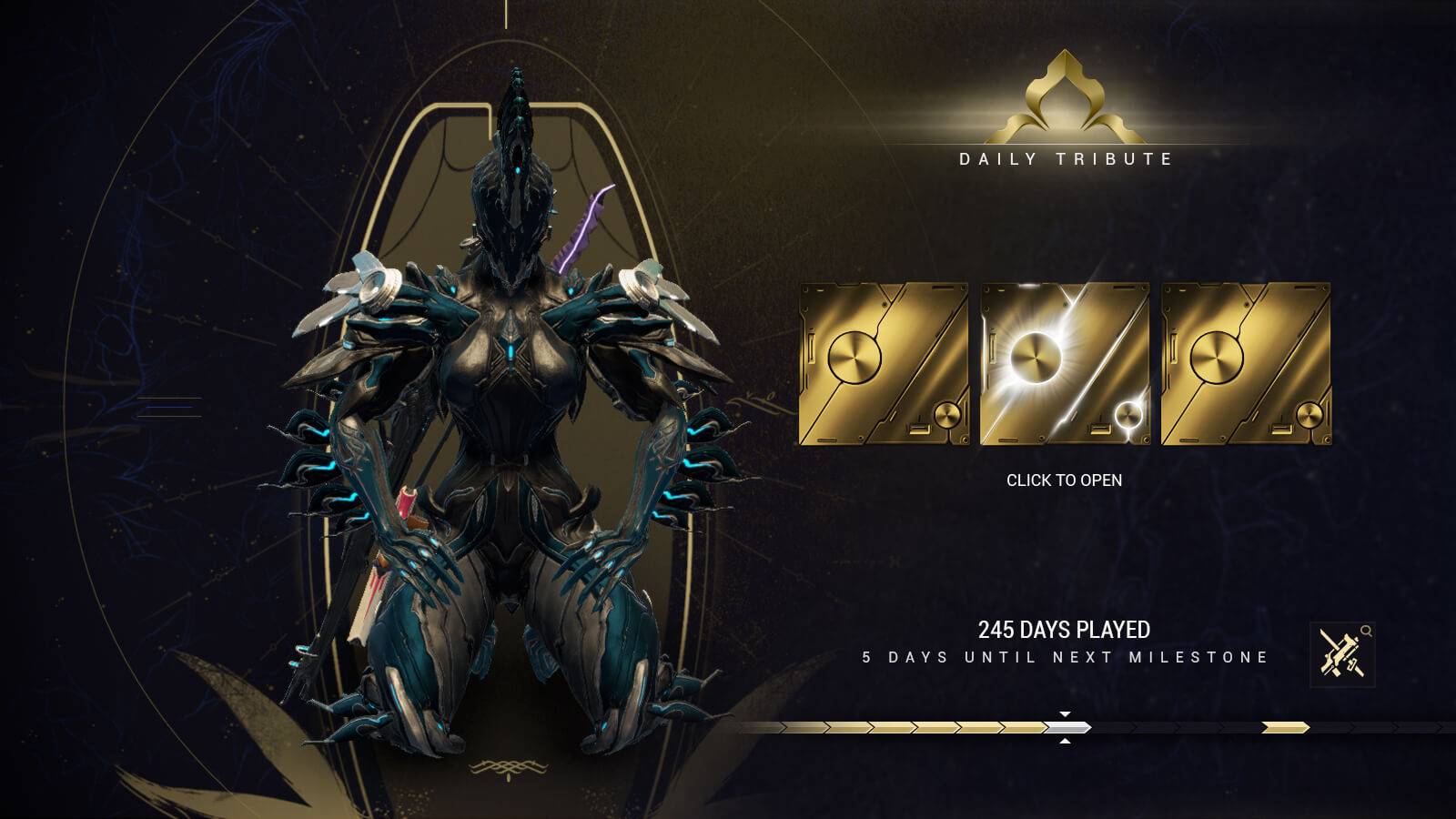 Mask of the Revenant

We hope to release the Revenant next week! With him will come a mysterious mask. You will have to visit Nakak in Cetus to uncover it! 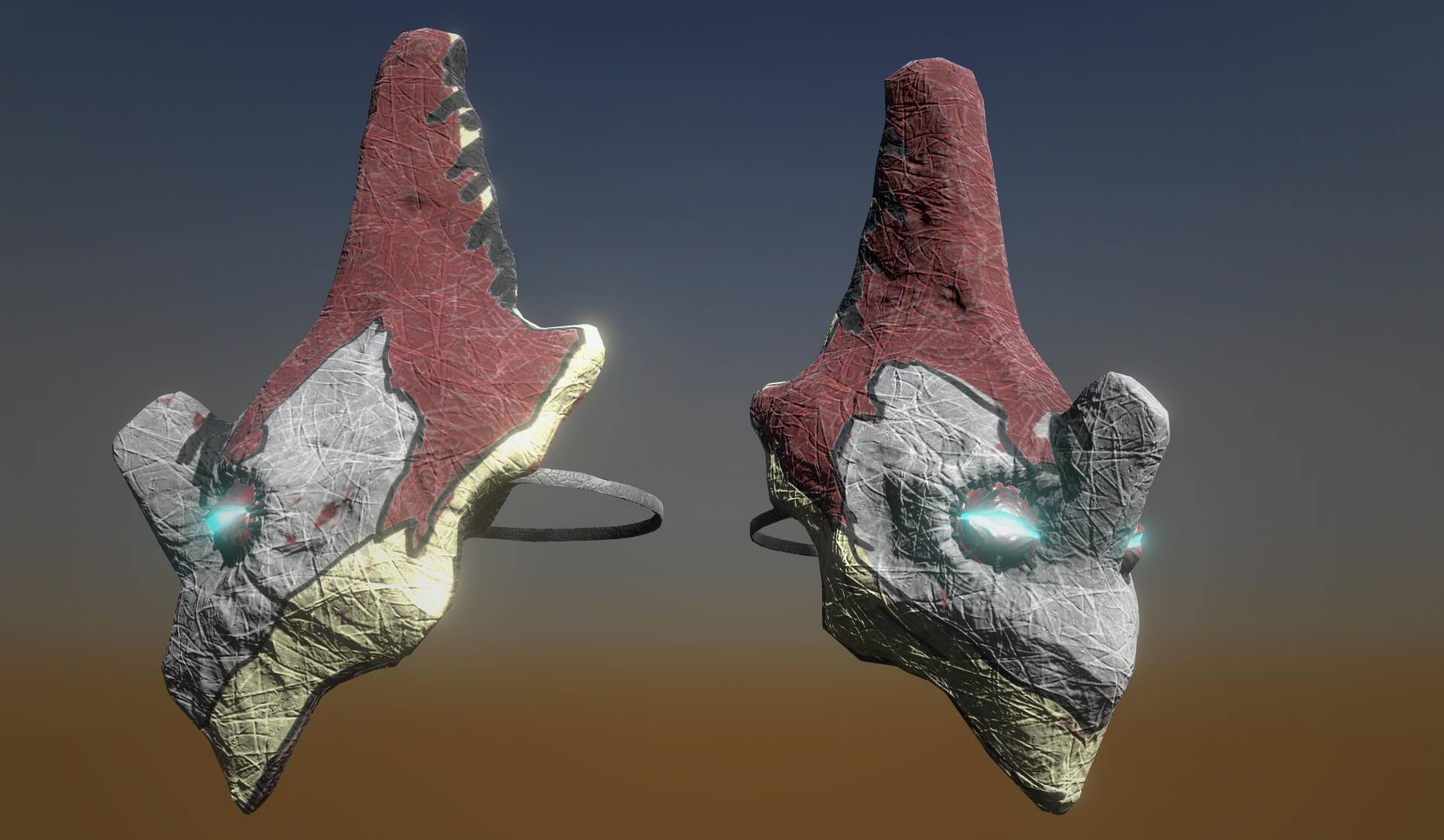 Steve offered a bit more info about what to expect with the update while the team visited Nakak.

The Revenant Warframe will only be shipping with his shotgun. His melee weapon will follow soon after – it’s caught up with the Melee 3.0!

Watch The Revenant in action with his fast-paced play style and strong defensive abilities:

The Elite Alert System and Melee 3.0

We will be introducing a new hourly Alert System soon! The codename:Elite Alert System offers no Revives. Squad Revivals will work, but if you choose to go in solo, being downed by an enemy will mean mission failure! The system will offer high credit rewards, but there’s also a cosmetic angle. The Emblem rewarded from the Elite Alert System will glow brighter for every Alert you play! A Dev Workshop with more info is coming soon.

Melee 3.0 has also seen a lot of progress. The channeling button will be used for heavy attacks, and channeling mods are being repurposed. Our Effects Team is working on different looks for these attacks!

Here’s a preview of how sparring-style melee will look with Melee 3.0:

Here’s a preview of the new look Elemental Mods will give your melee attacks with Melee 3.0:

Rebecca shared in-game statistics with the community during this episode! The team uses statistics like these to get a sense of what Warframes might need to be revisited.

Click here to see Warframe use by player Mastery Rank for the week of August 8 – 15! Note that each column represents a Mastery Rank. This is a public Google Doc – hi!