Tenno! This Update brings you yet another Mainline! You may recall from the end of 2017 what that means… it could be a bit bumpy! We’re standing by to fix any issues. The major reason for this mainline is that we’ve done a massive Code audit that touched almost 3000 different core engine files to better optimize Warframe. While this Update brings you some new fashion frame options for Mesa and 3 new Augments, the majority of this Update is focused on bringing fixes and Quality of Life changes. If that’s not what you’re after, we’ve got lots of great stuff coming very soon. The Plains are going to get a lot more dangerous at night in an upcoming Update….. 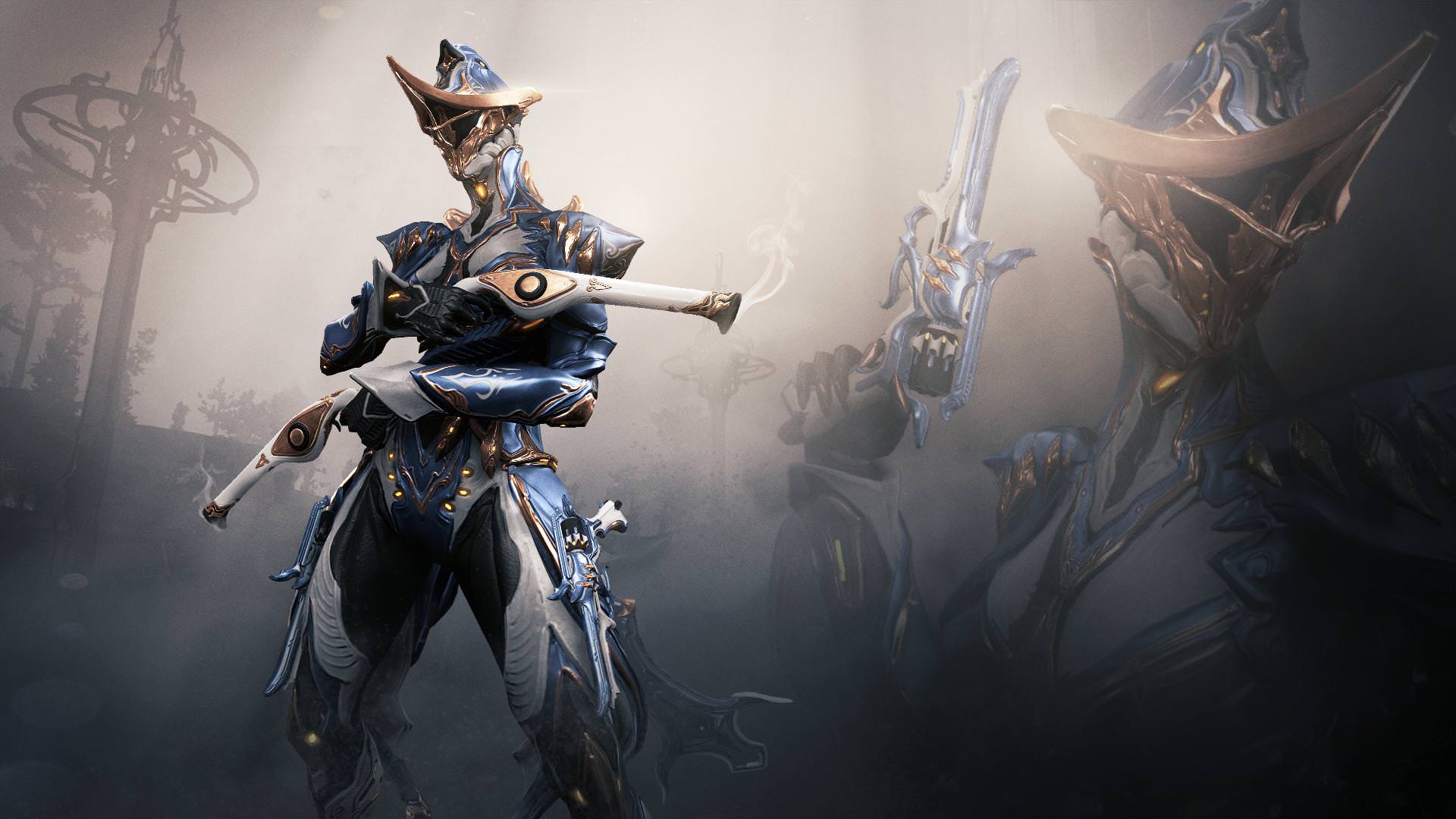 MESA PRESIDIO SKIN
Conquer the unknown with this fortress of exquisite style.

PERLA PISTOL SKIN
Transform any pistol, with this baroque revolver skin.
*This skin can be equipped on any dual or single pistol Secondary!

MESA PRESIDIO COLLECTION
Become a fortress of style with this collection of deluxe items that includes the Mesa Presidio Skin, Perla Pistol Skin, and the Constella Syandana.

TITANIA: RAZORWING BLITZ!
At Max rank, Razorwing flight speed is increased by 25% and fire rate increased by 25% for 8 seconds when using abilities. Stacks up to 4 times!
TItania’s new Augment can be found in New Loka or Red Veil!

NIDUS: LARVA BURST!
At Max rank, reactivate Larva to detonate and deal 300 Toxin damage in 5 meter range. This damage stacks for every enemy grabbed by Larva!
Nidus’s new Augment can be found in the Perrin Sequence or Steel Meridian!

Equinox on hold! We’re actually going back to the drawing board on the Equinox Mend / Maim Augment. After more testing, we simply didn’t like how it was working and we’re trying out an entirely new design.

Ghoul Bounty Changes:
A couple of weeks after the Ghoul Bounties Debuted, we saw the system begin its life as a recurring set of dynamic Bounties. Their second appearance just wrapped up, and unfortunately we were unable to address the issues the community had with their Rewards (namely sparse RNG Lore).
This Update brings changes that will be visible the next time the Ghouls Appear!

Mining buff:
For those of you who may not have been aware, mining in the Plains has a base chance, as well as a bonus based on your accuracy, to reward a rare gem. We’ve increased both the base chance as well as the bonus for accuracy. You can tell how accurate you are by the number of gem icons that you fill up while mining. Each filled gem icon increases the total chance to receive a rare gem.