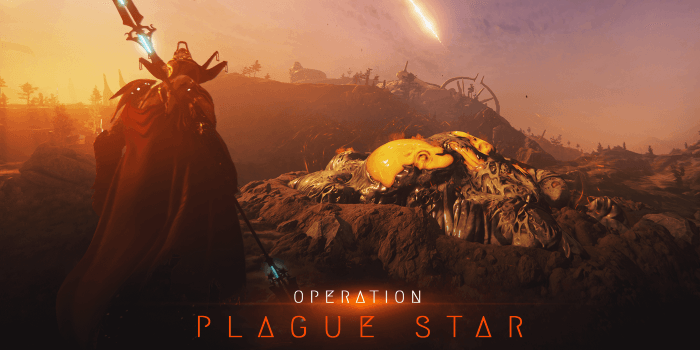 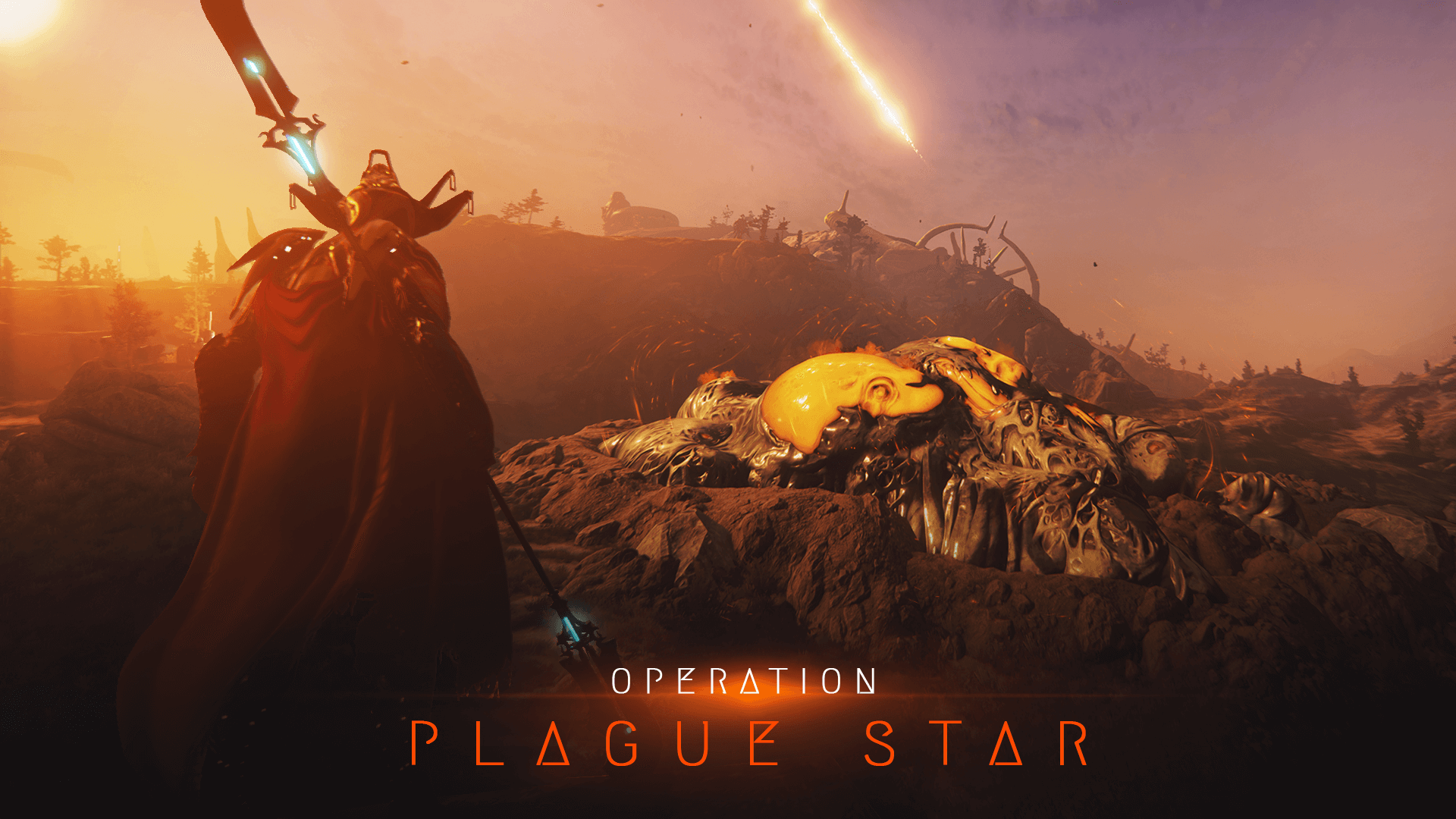 Operation: Plague Star.
Rally your Squad and defend the Plains of Eidolon!

A mysterious meteorite has crashed just outside of Cetus revealing a horrific boil. The boil is growing and the Ostrons have sighted infested lifeforms emerging from it. We need to act now before they make their way to Cetus.

Konzu has received reports that Vay Hek possesses a toxin that can destroy the boil. But Vay Hek won’t help; he sees this infested boil as a means to rid the Plains of Cetus and the Ostrons.

We need to get ahold of the toxin and destroy the boil before it becomes unstoppable. Visit Konzu in Cetus to learn his plan for retrieving the toxin from Vay Hek.

We have made ways to the way Bounties reward you! This new system is a take on the ‘AABC’ rotation system we have in endless missions, but applied to Bounties using the Common, Uncommon, and Rare rewards.

Read through this to familiarize yourself with what’s changed!

First and most noticeable:
You now get a reward for every stage of the Bounty completed! Yup. Pretty simple.

Second and more technical:
The tier of rewards you get are determined by how many stages are in the bounty!

Lastly:
We have slightly re-balanced the quantities of some of the rewards as we tested numerous Bounties with these changes. Right now this only applies to select items. Plains of Eidolon specific reward quantities are untouched (i.e it could be possible to get 25 x Breath of the Eidolon in a single 5 Stage Bounty or 6 Cetus Wisps in a 5 Stage Bounty).
The rebalanced items are as follows:
Credit Rewards have been halved.
Kuva rewards have been reduced.
Endo Rewards have been reduced.
The additions and replacements are as follows:
Cetus Wisps are now Uncommon in various tables.
Cryotic and Oxium are now in various tables, replacing Void Traces in some cases.
Our public drop table repository will be updated to reflect these changes in the coming days.

*Players who have already attained sufficient Standing for the corrected values will be automatically ranked up and the excess Standing will be refunded.