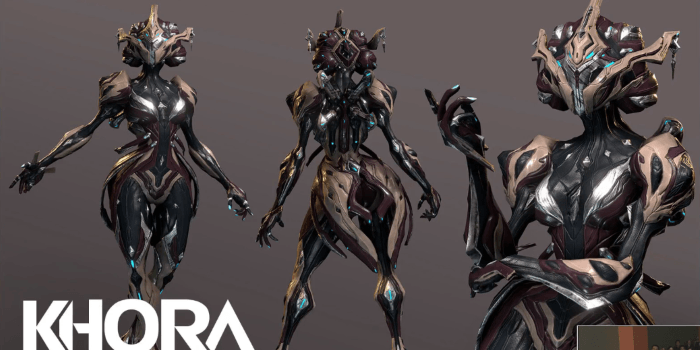 Focus Revamp
• The Focus gains are difficult to balance so that it is reasonable for casual players and also not easily completed by hardcore farmers
• The ability point capacity for Focus will be universal rather than per school
• The way Focus is gained may be completely altered
• The Focus cap will probably be removed, but after the current cap there will be diminishing returns
• There will be a boosted period for the initial Focus points gained each day to make the system more reasonable to casual players – there will be a larger ‘boosted period’ for higher MR
• Experimenting with allowing different mission types to also extend the Focus boosted period to reward diverse gameplay rather than farming the same mission type
• Heavily looking into altering the costs and progression curve of Focus in general

New Warframe – Khora
• The original concept by Skyers was drawn from a lot of  ideas including melee, metal manipulation, and spider thread
• Can summon a unique Kavat, has an Exalted Whip, and can alter damage (IPS) types which will also affect her visual design 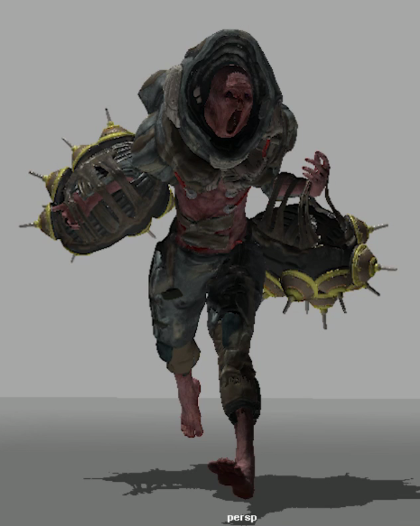 Other Stuff
• Console build for Plains of Eidolon seems complete – hopefully submitting for cert today
• Still planning on making a Hydroid Prime trailer when there’s time
• Acolytes will return in December along with their mods
• The devs are open to the idea of adding the PoE’s individual extraction system to other endless mission types
• There are plans to allow Clans to create Dojo obstacle courses that allow people to add their own hazards, timers, and more
• There are Syndicate themed decoration sets for Dojos coming, along with similarly themed Landing Craft decorations
• Bounty rewards are being upgraded so that you receive a reward after each objective within the Bounty is completed – only the last two objectives will be drawn from the entire reward pool with the rare rewards
• Plains of Eidolon added a small (3m) universal Vacuum — if you want a larger Vacuum, use a Sentinel for now
• Shieldgating has been experimented with, but it didn’t seem to make significant enough of a difference to the gameplay to really settle on a solution
• Operators are getting selectable idle sets, the ability to interact with pets, and more melee animations
• There’s a new Event coming which will allow Relays to be re-built and will allow player’s to choose which Relays re rebuilt, how they will look and more
• Excalibur Umbra/The Sacrifice update is not coming this year
• No new Raids are in development or even discussion — there just isn’t enough interest in them; hopefully new Eidolons will appeal to that audience
• Working on a texture upgrade for the next update that will greatly improve the textures in the game, particularly on skin and details like scuffs