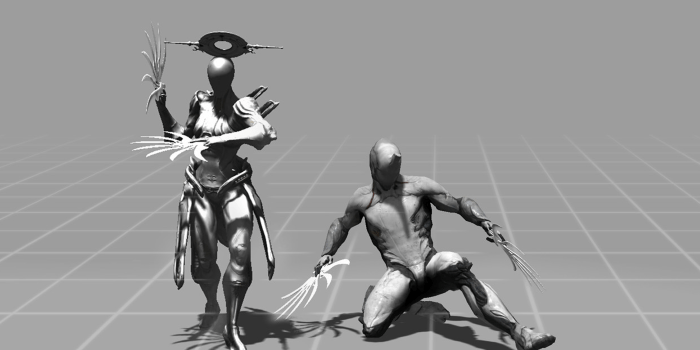 The crew on the couch was back this week with Devstream 101. While jokes about “how to Devstream” were made, this broadcast was filled with information about new Grineer enemies, Teralyst Variants, Damage Proc changes, and more.

This stream was pretty image, gameplay and description-heavy, so if you want to see every detail, be sure to watch the full episode in its entirety. Those of you who want the TL;DW version, keep on reading below.

Since Plains of Eidolon’s release last month, we’ve been iterating upon and updating this new Landscape week after week. This week we adjusted the Bounty system (see more details in the Remote Observer at the bottom of this post), but the Devs announced some other changes that are in the pipeline:

Speaking of Teralysts, we also revealed a new Eidolon that will be making an appearance on the Plains:

To prevent spoilers, you can see it in action at this link here.

The ‘Megalyst’ is bigger, with a new weapon (a rock arm instead of a tree) and new attacks. Its combat style will be different from the Teralyst to mix up the ways in which players engage in Eidolon content. Some of its attacks will be similar to the Teralyst, but more aggressive; it will also have certain points where players need to get close and other points where you should get faaar away.

Currently it is undecided if more than one Eidolon will be on the Plains at once, but it mostly comes down to performance. Finally, another Teralyst variant has been confirmed to be in the works as well.

For those who missed Devstream 100, our next Warframe was announced! Khora comes with an exalted whip and her own Kavat, and can change her damage type between Impact, Puncture, and Slash. The system at which she will be able to swap between types might be similar to Ivara’s Quiver ability. At the time of writing this, one of her powers will result in a 100% proc pf the damage type you have selected.

As for her quest, we have no concrete details to share, but it probably will be Syndicate-related.

When making Khora, we were prompted to take a harder look at the current IPS damage system. As a result, some changes are being made to help with damage scaling and to encourage the use of diverse damage types. The strength of each proc will now scale with the amount of damage you are dealing for that specific type.

With this change, the scaling of the procs will be tweaked as follows:

In taking a look at physical damage, Scott did mention that there was discussion about elemental damage scaling as well. Blast was used as an example; a possible change would be to have an immediate ragdoll upon proc that scales in duration.

Finally, as part of this revision, we will be re-evaluating what happens when status chance goes over 100% on a weapon.

Rebecca was ambushed by some terrifying new Grineer units on the Plains in this stream as well. You can see the horrors in action in here:

Here’s what we do know:

Here’s a closer look at a few of them in a sandbox level:

There are also two more units that haven’t appeared in-mission quite yet:

This guy has a hook tongue. Gross.

This guy has drill on his hands.

Some of these might make it into the game this year, but out of the 5 different units, I can’t confirm if all or only some will be plaguing the Plains in 2017.

Do you remember seeing the concept art for Fan weapons? Well, they’re final becoming a reality. Geoff informed us that they should be coming this year:

You can expect this weapon to release this year.

We’re making a change to Mirage’s 2 – hitting it spawns a gift for your foes! Its effect changes depending on light level. In the light, it causes a radial blind when opened. In the dark, it explodes when opened. Dark indeed.

We discussed Focus system changes in Devstream 100, so for full context about what’s coming, be sure to check that out! In addition to those tweaks, we are planning on doing balance pass on nodes before we do the full refund and respec.

Node costs will be reduced and the curve has been reduced.