Mag Revamp
• #1 Pull is largely unchanged
• #2 Magnetize is similar to Bullet Attractor – it will draw enemies into it as well as their gunfire providing strong defense from attacks
• At the end of Magnetize’s duration, the sphere collapses into a radial explosion
• There will probably be a cap of 4 Magnetize bubbles simultaneously
• #3 Shield Polarize will now damage Armoured enemies as well as Shielded enemies; it will permanently reduce enemy armour and create shrapnel that can be affected by her #2.
• Shield Polarize will now expand in a radius like Nova’s M. Prime
• #4 Crush is largely unchanged, but will do more damage to magnetized enemies; there may be more changes in store for Crush before release
•  Using Pull on a magnetized enemy will do more damage and have an increased chance to drop Energy – it also has a visceral affect on humanoid enemies where they’re torn apart
• Mag’s working passive is a Carrier Vacuum effect while Bullet Jumping
•  Could potentially release before U19
• Click HERE to see Rebecca pre-view the new Mag revamp Companion Quest
• Regarding the new player experience, the companion system is not explained well
• There is a new mini-quest being added to introduce players to Sentinels
• A new Sentinel will be crafted as part of this Quest
• The new Sentinel will have more defensive, protective powers 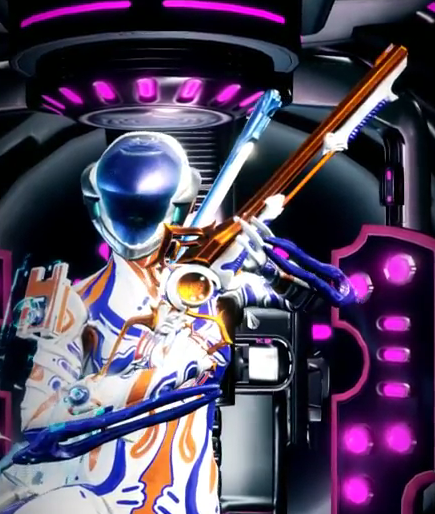 Consoles
• Console build is up to 18.5.6 and is being sent for cert on March 25, will be playable early April
• PS4 Dynamic Theme is coming in April; includes Second Dream music (click HERE for pre-view)

Other Stuff
• Nothing has changed regarding the situation with Excalibur Umbra
• It was acknowledged that time-gates in Quests really detracts from the experience as a whole; future Quests will probably try to avoid this like Inaros’ Quest did
• Custom holstering position is confirmed for U19; it will extend to all weapons
• PBR Updates for the remaining Prime Warframes should be coming soon
• Altering the generic Channeling stats (x1.5 damage and 5 energy per hit) for some weapons is something that’s considered
• Regarding some of the discussion on whether loot manipulating skills are healthy for the game, Scott doesn’t seem to deem them as a problem
• Scott has started work on a Volt revamp, Scott wants to preserve what players like about him, but his #4 is decidedly underwhelming
• It’s possible that Oberon’s deluxe skin may launch before Banshee’s, since the Banshee weapons aren’t done