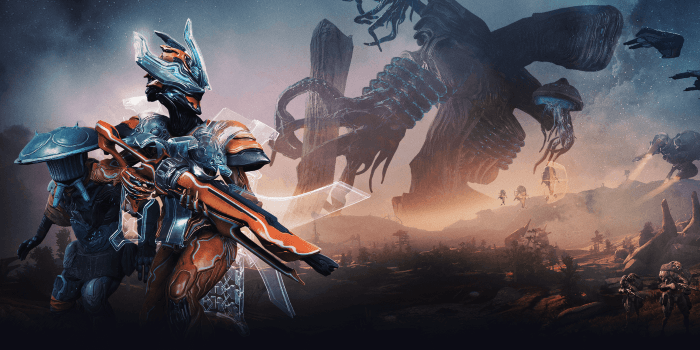 PLAINS OF EIDOLON
Welcome to the Plains of Eidolon. Sentients once fought on this battleground in an attempt to destroy a massive Orokin Tower that the Ostrons now call home. The Sentients’ defeat is forever immortalized in the ancient graveyard that litters the Landscape.

Time in the Plains cycles the same for all Tenno. For every 100 minutes of beautiful sunshine, there are 50 minutes of haunted night.

PROTECT THE OSTRONS
The Grineer have organized drilling stations and sprawling outposts throughout the Plains to excavate the technology of the Old War. Take missions from the Ostrons to fight Grineer during the day and clear out their bases, but be fast, as these Grineer will call reinforcements when they spot danger. As you venture deeper into the Plains the Grineer enemies will get progressively stronger, so come prepared. 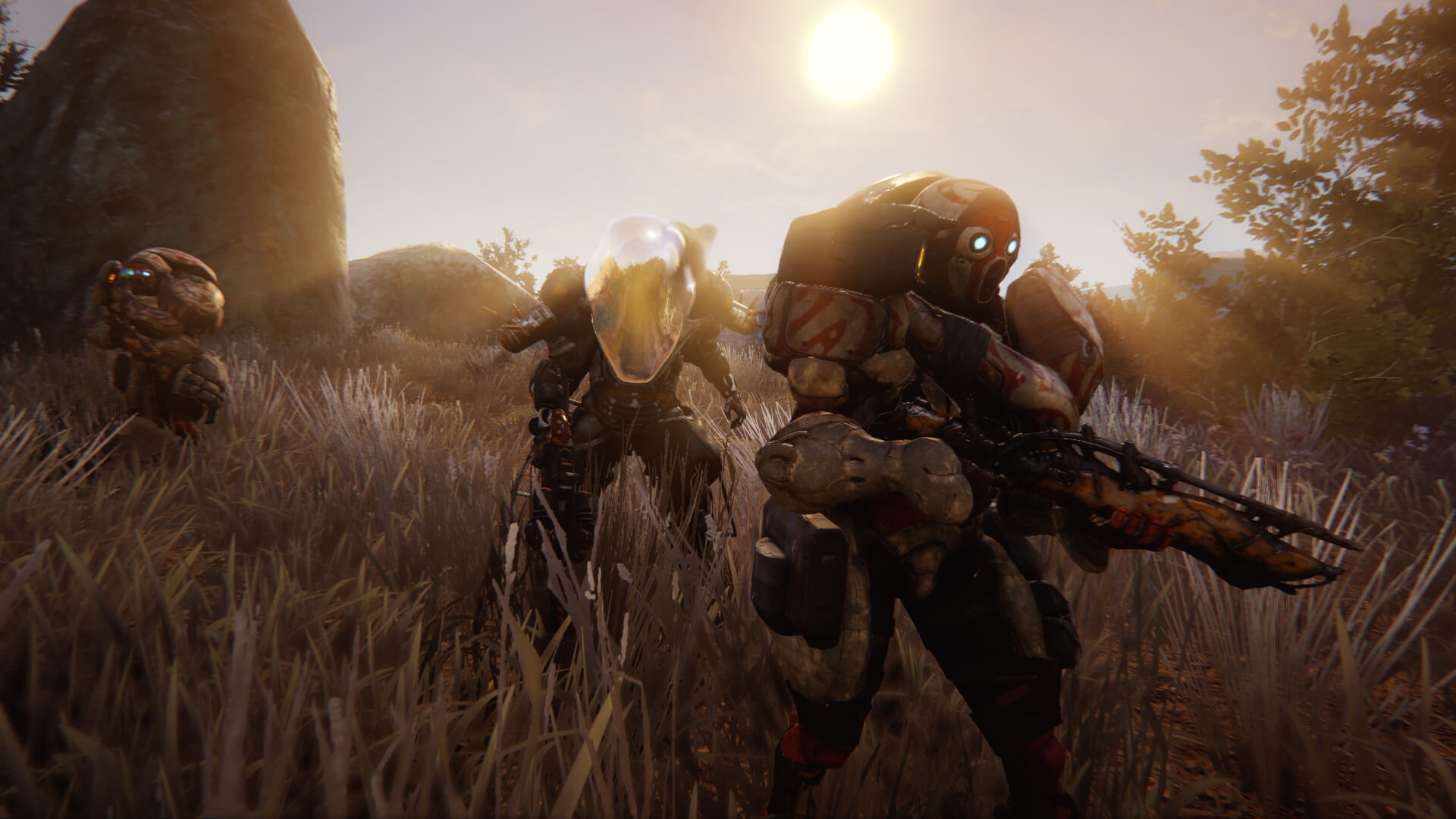 BECOME AN EIDOLON HUNTER
When night falls on the Plains, towering Spectral Sentients known as Eidolons ascend from the waters and wander in search of all they’ve lost. Small, deadly Sentient drones appear throughout the Plains to protect the Eidolons. Many Grineer will retreat to their camps in fear of the Eidolons and attempt to wait out the night.

Gather your fellow Tenno. You’ll need to work together to take down these massive creatures. Only the greatest Eidolon Hunters that combine forces will reign victorious. 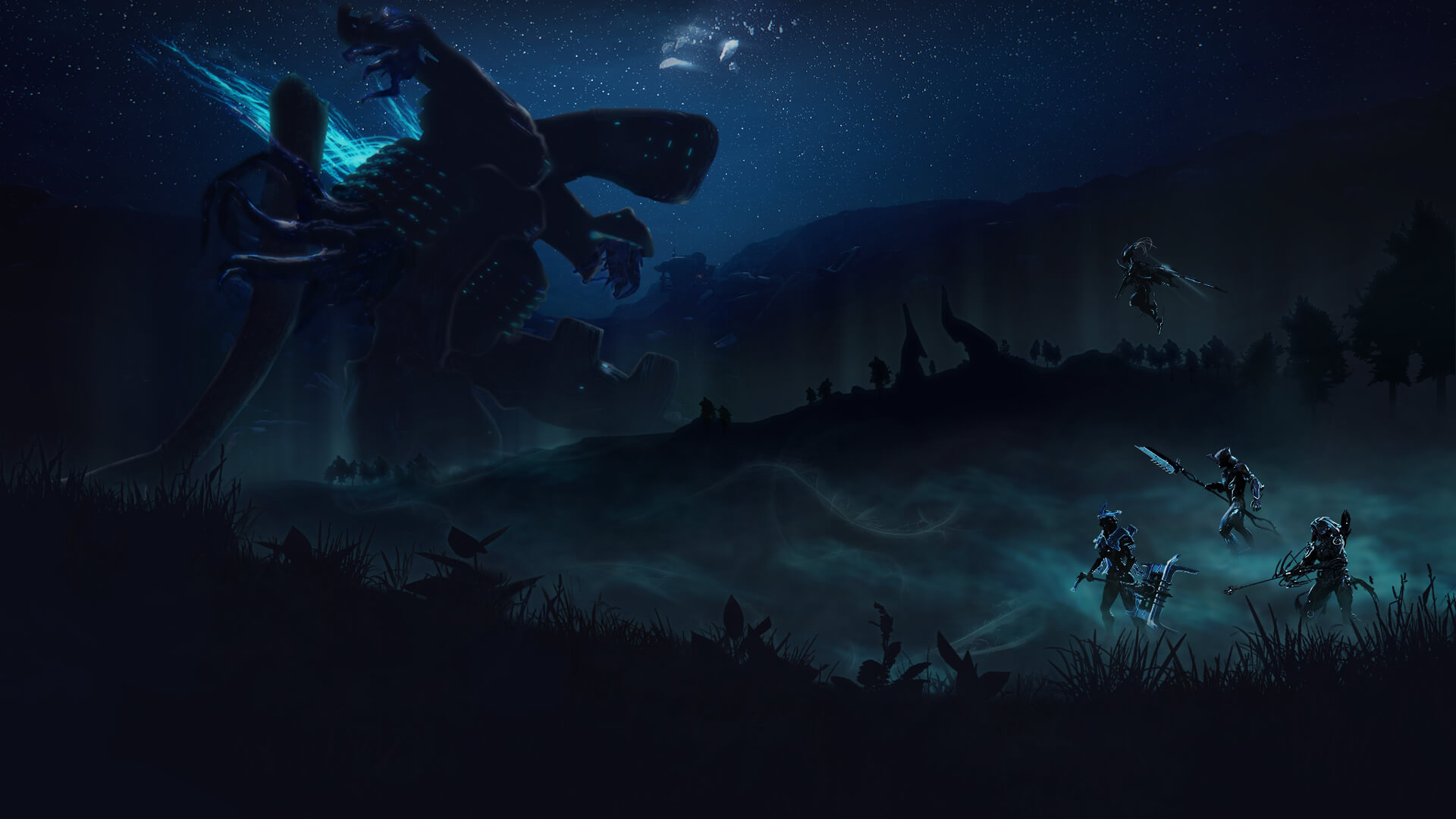 TRAVEL BY LAND OR AIR
When you’re not sliding down hills or Bullet Jumping over mountains, you can summon your Sky Archwing at will to fly through the open Landscape. Spot and battle Grineer enemies from the sky and experience the beautiful scenery. Movement for your Archwing has been reworked to make it easy to fly through the Plains and engage enemies on the ground. 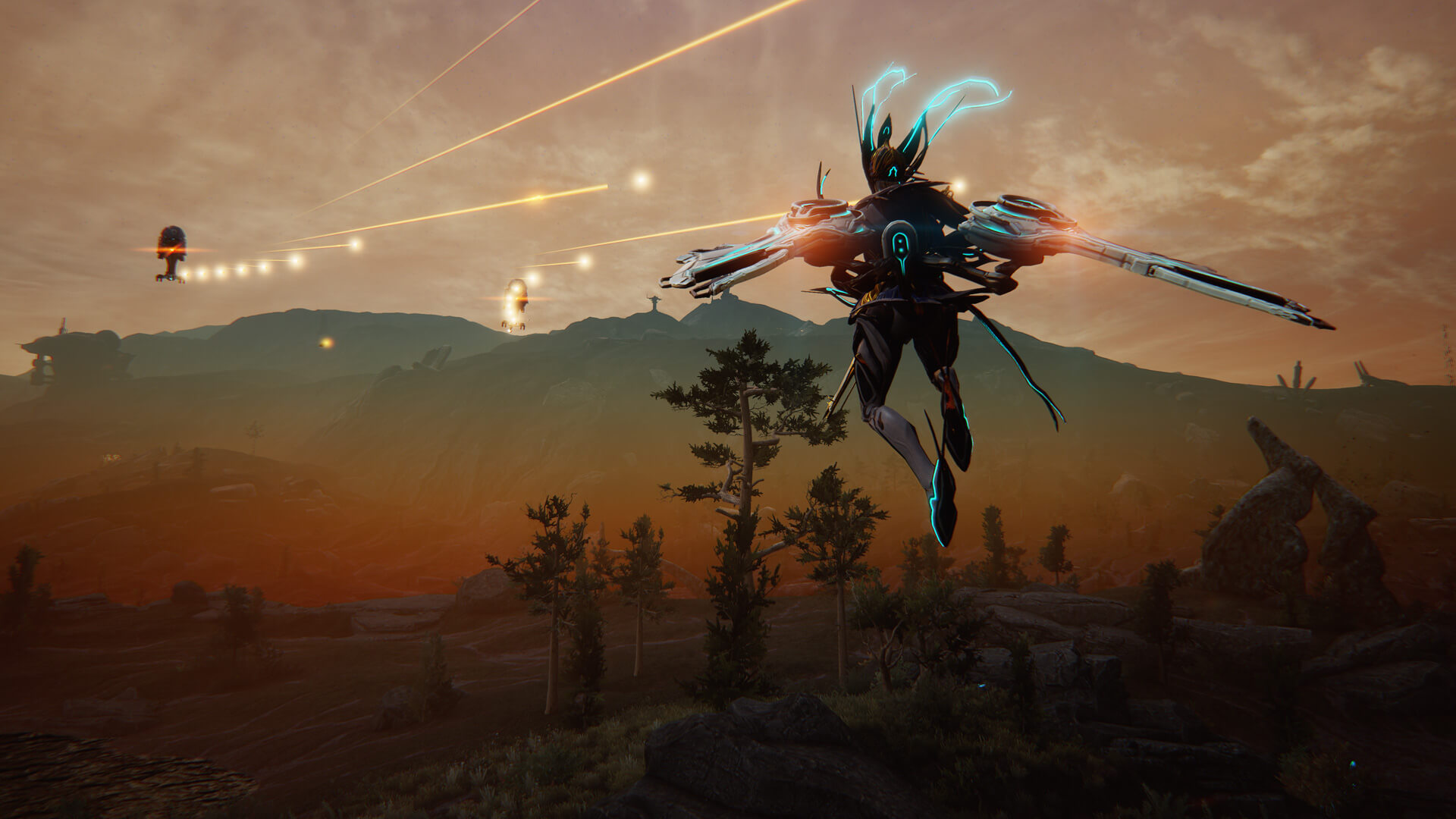 EXPLORE THE PLAINS
Experience the great outdoors like never before! Craft spears and bait to catch a variety of fish species and return them to the Ostrons to make consumables. Mine for ore and rare gems that have been affected by traces of Spectral Energy left over from the Old War. Venture far into the wild to explore hidden caves that hold secrets of their own. 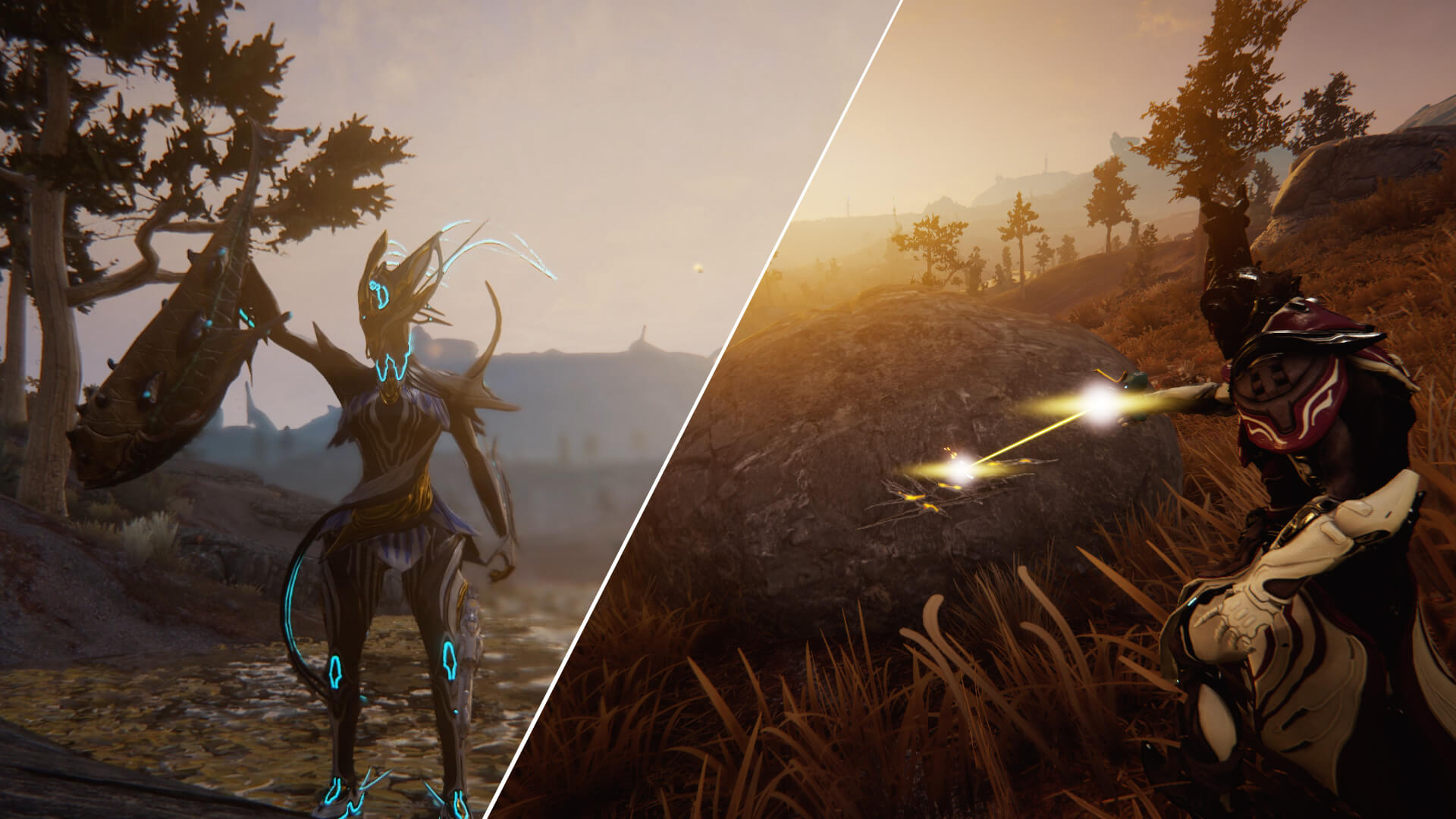 CETUS
Use your new-found freedom to explore the bustling town of Cetus. Learn about its scavenger-inhabitants, the Ostrons, and their rich culture that revolves around the grotesque harvesting of biomechanical tissue from long-dormant Orokin Towers. Talk to the Ostrons in town to discover how the ongoing war with the Grineer has shaped their lives. Increase your Standing with the Ostrons by completing their requested missions and they’ll share their culture and knowledge while granting you access to their wares. 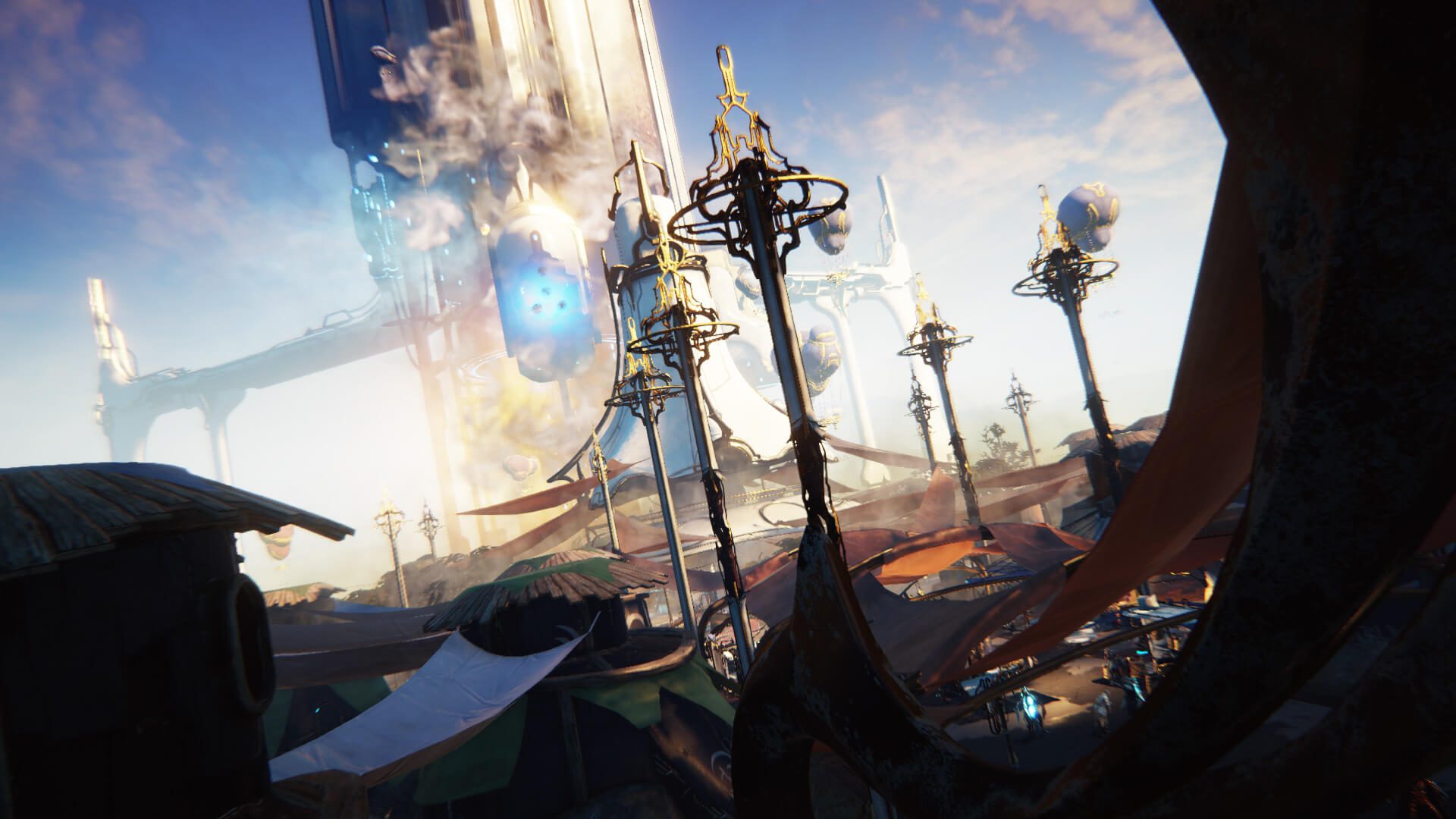 MEET THE VENDORS
Cetus’ merchants have everything you’ll need for time on the Plains. Want to immediately engage in battle? Pick up Bounties from Konzu. Feeling hungry for dinner? Go to Fisher Hai-Luk to unlock a variety of fishing spears and bait. A wealth of options are at your fingertips! Forge your own unique weapon, refine minerals to gems, customize your companions and Orbiter with all new Decorations, and buy paper mache Warframe masks for your Operator. 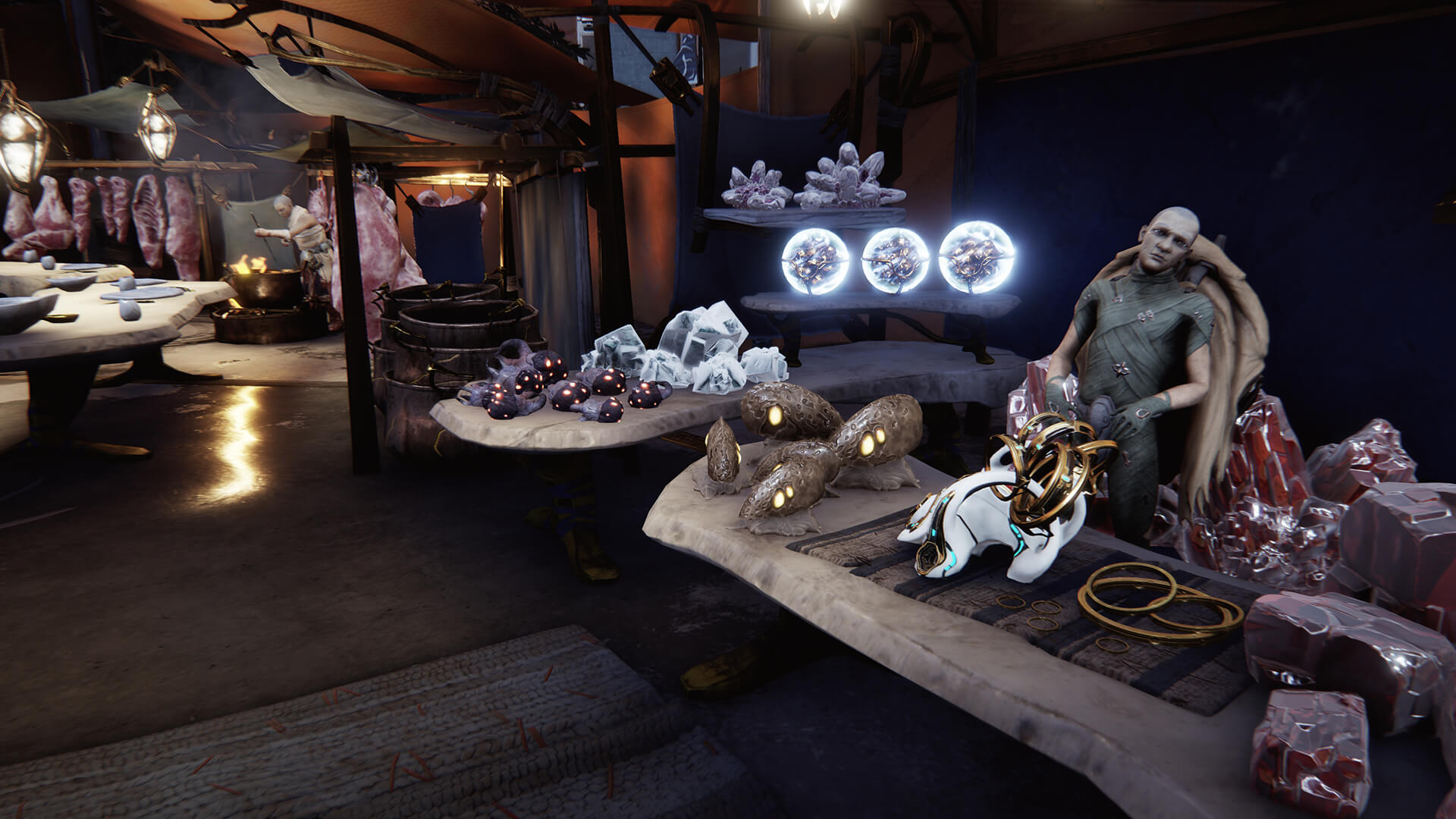 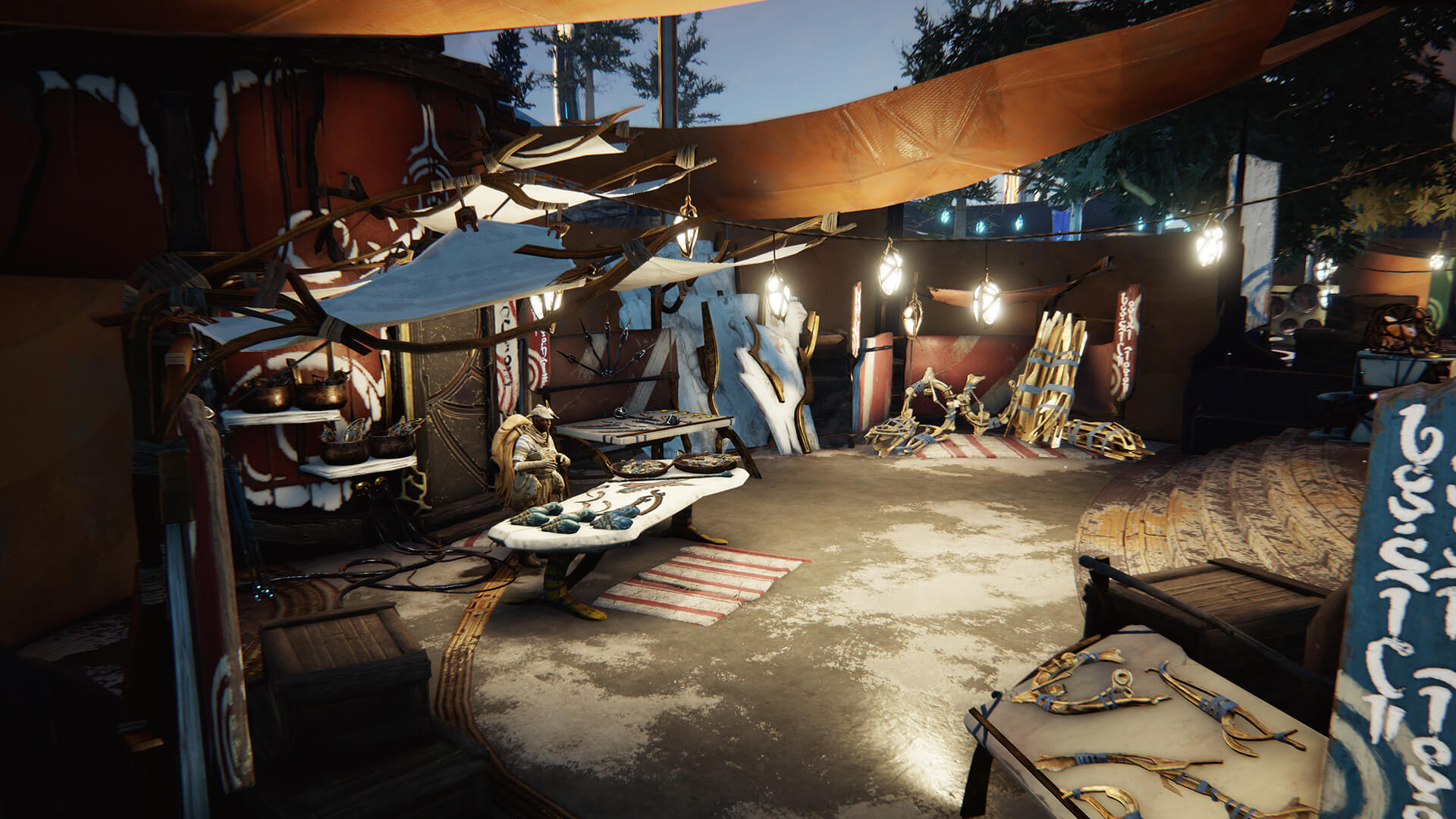 CRAFT YOUR OWN WEAPONS
At Hok’s Anvil you have the ability to design and build a new weapon using the Ostrons’ component-based crafting. Zaws are modular weapons with interchangeable components that affect the appearance, functionality, stances, and stats of the weapon. They are forged using three weapon parts; a strike, grip, and link — all of which are obtained by crafting Blueprints that Hok provides. Name your Weapon, improve it by adding Gilding, or earn Cetus Standing by pledging the Zaw to the Ostrons. 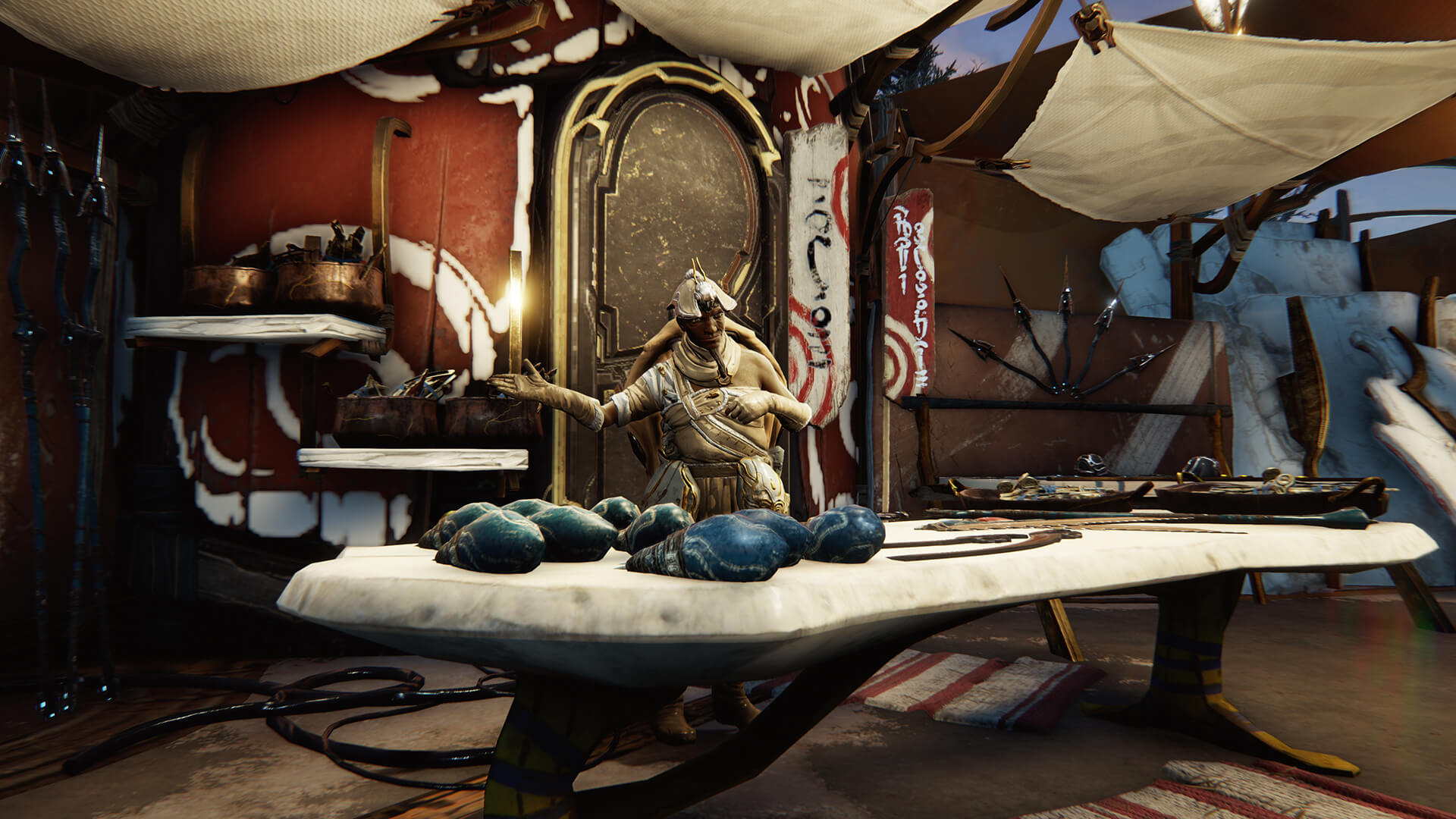 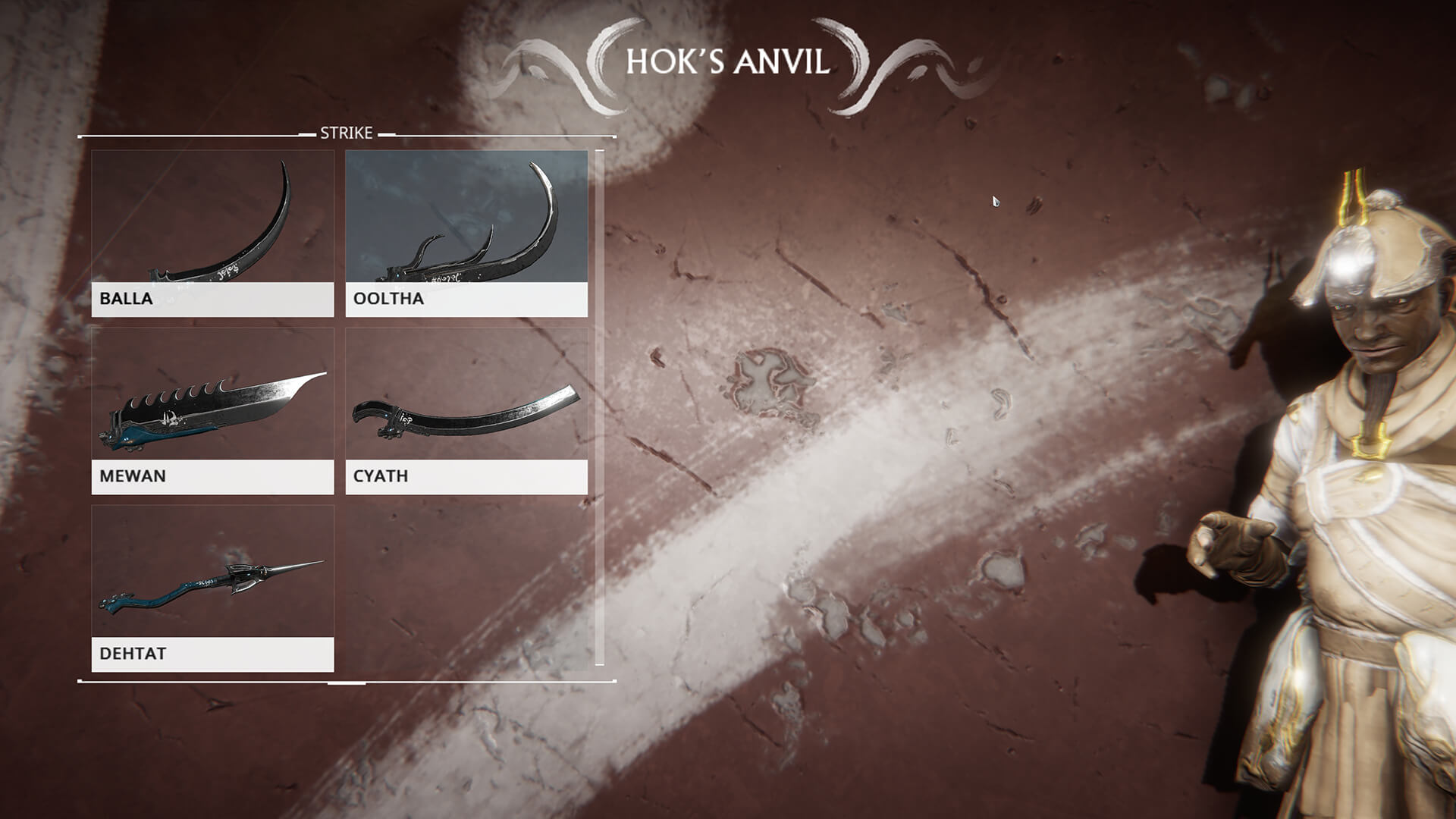 GARA
Shatter your enemies with the offensive abilities of Lotus’ newest glass-inspired warrior.
Gara’s components can currently be found in-game while her Blueprint will arrive in a Quest later this month. Click here for more info. 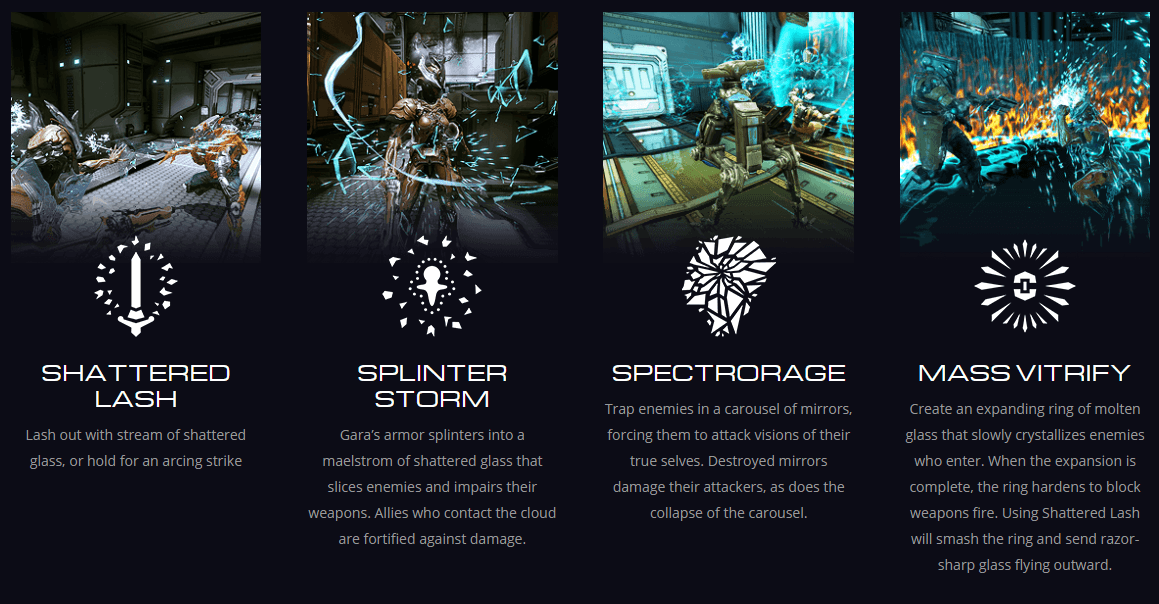 FOCUS 2.0
Make your Operator an expert Eidolon Hunter with Focus 2.0! This new System changes the Skill Tree to be more combat-focused and allows you to equip your Operator with distinct Weapons and Armor. All of your current Focus Points will be refunded for use in this new System. 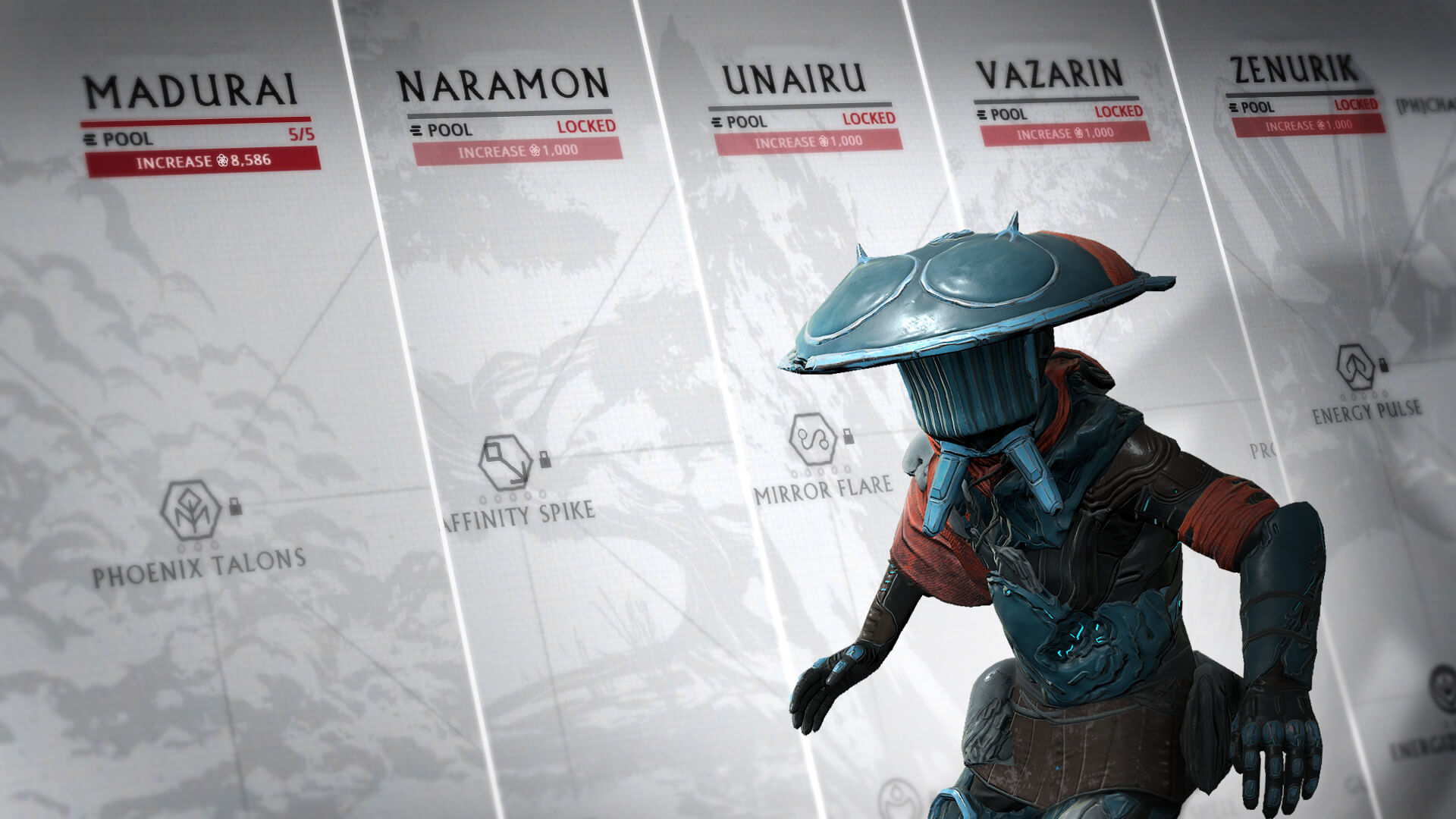 REINFORCEMENTS
Expand your levels of customization by adding new Weapons and Mod Sets to your Arsenal. 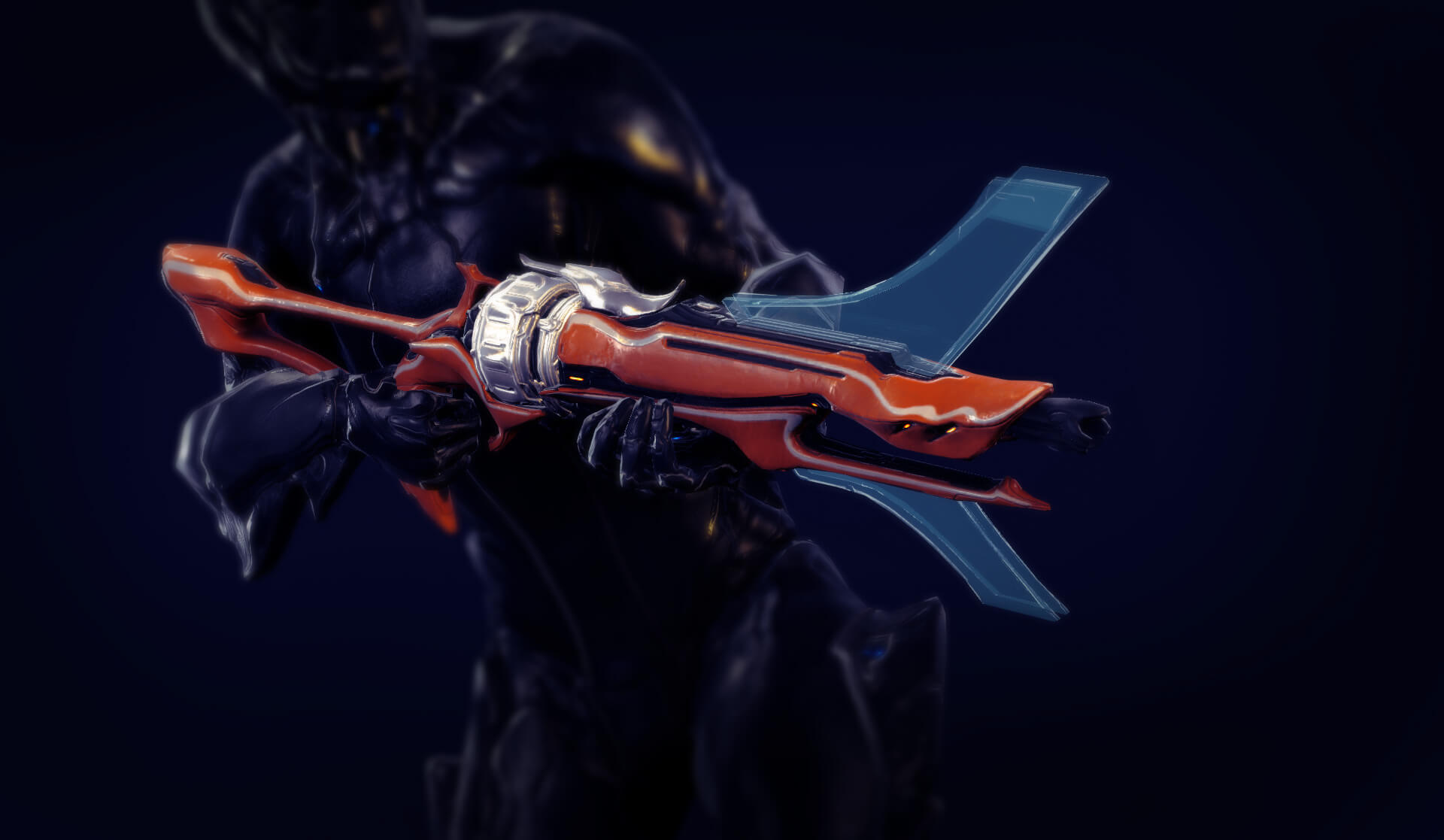 The heavy Volnus deals a large amount of damage and can beat enemies to a pulp, providing you have the strength to wield it. 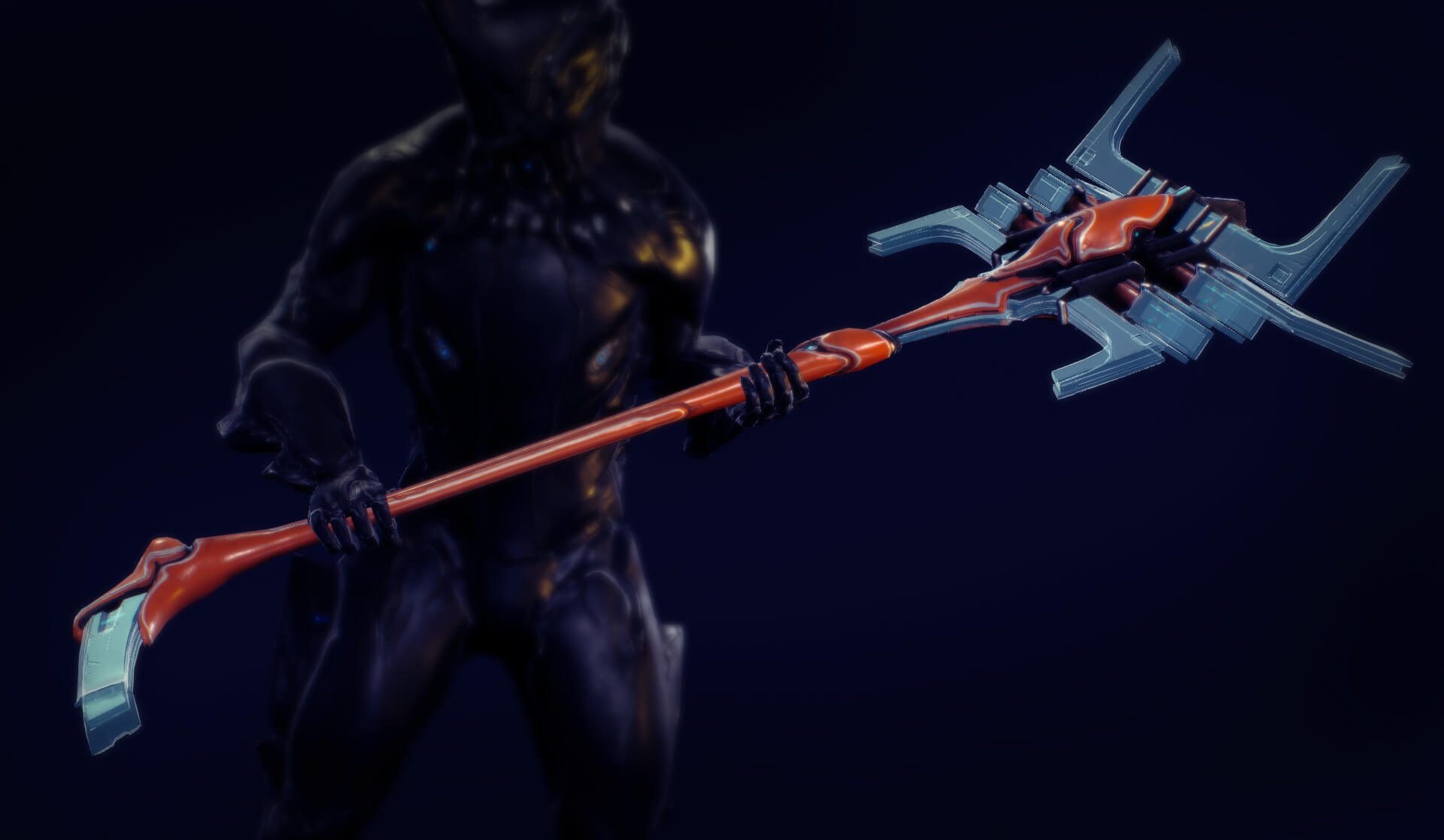 The stealthy Fusilai pierces through flesh and armor taking down enemies unheard. 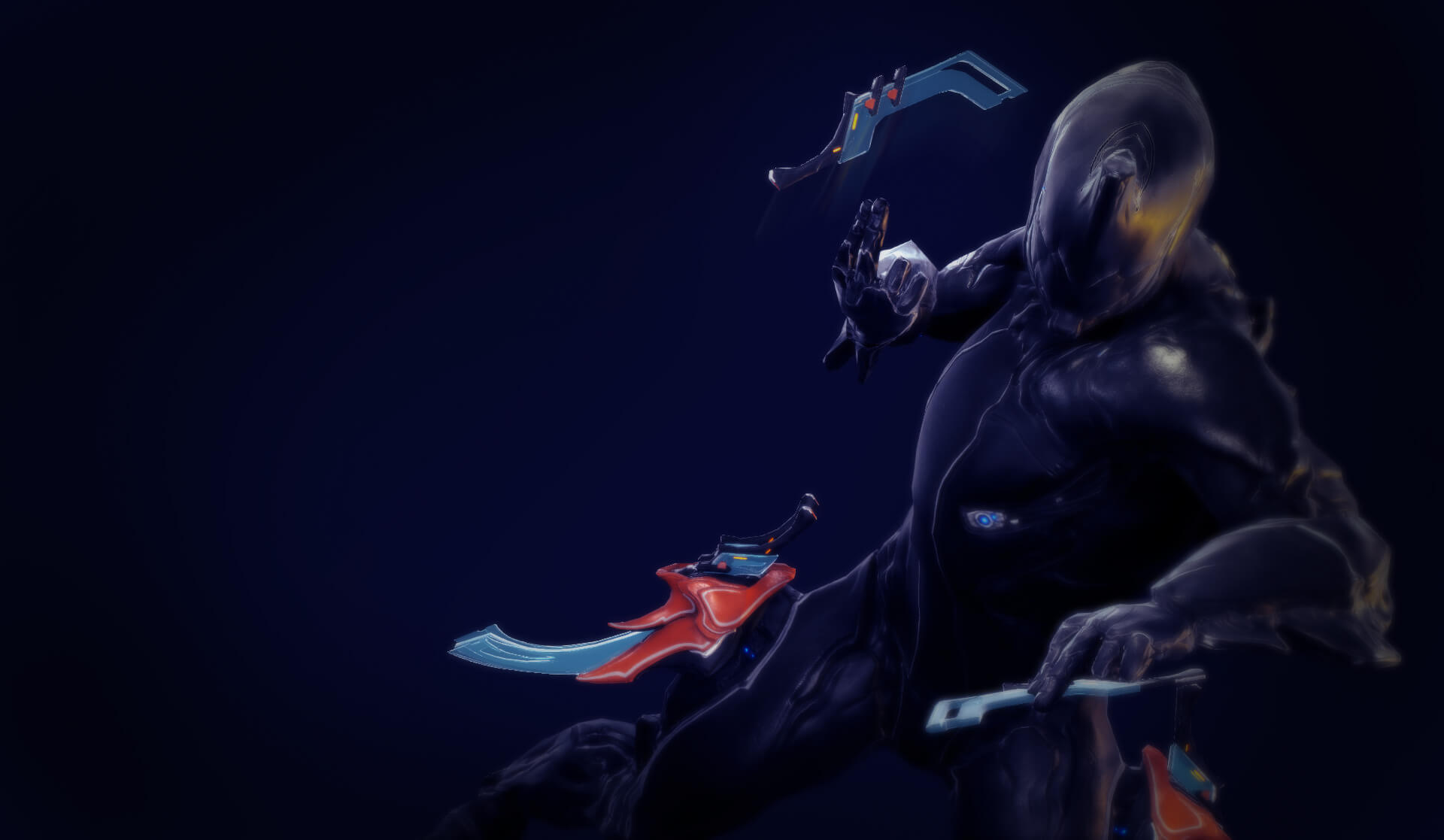 ARGONAK
The Argonak is a Grineer rifle that highlights enemies in red while actively zoomed in. This makes enemies easier to spot and attack, especially at long distances or at night. 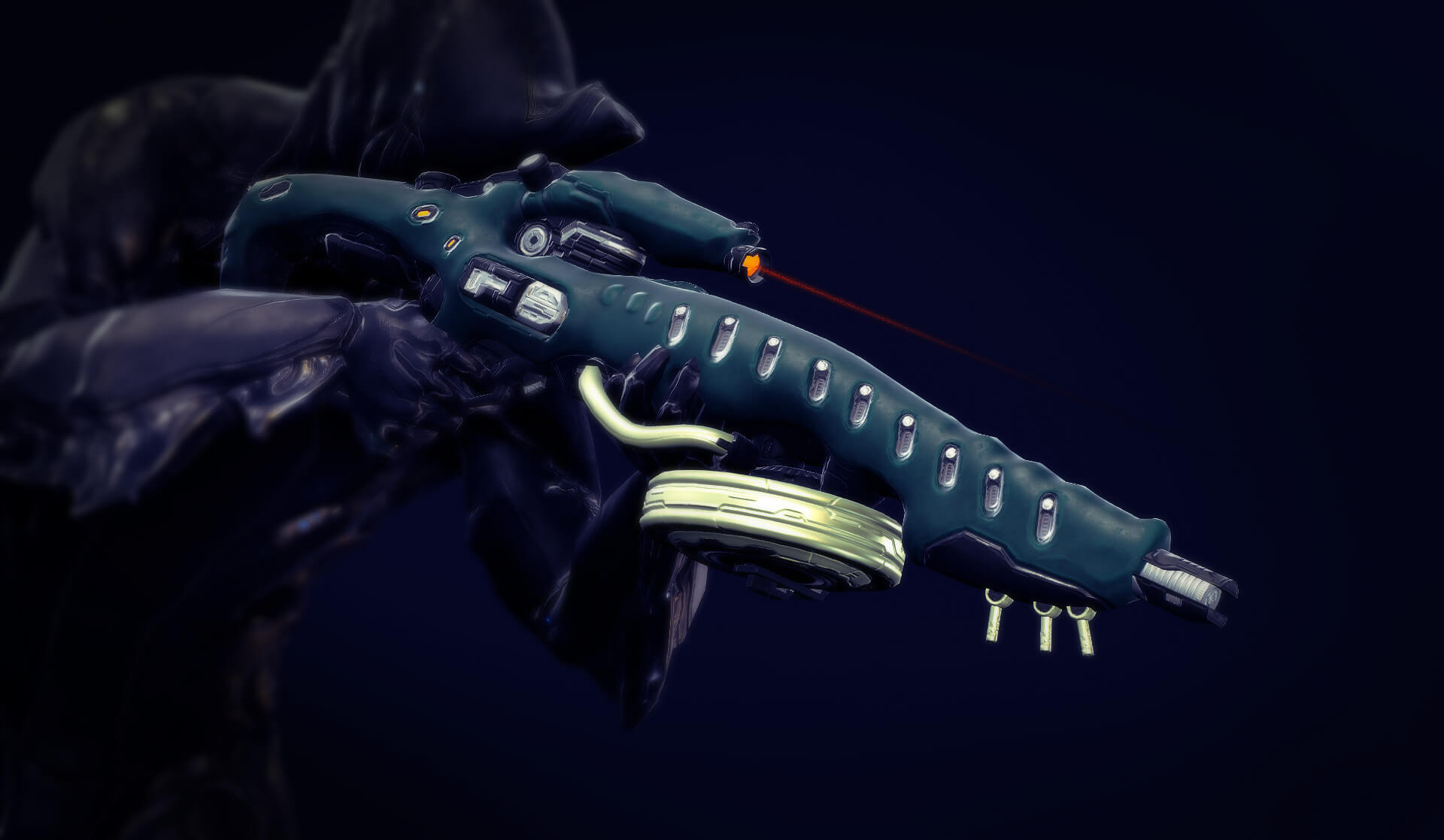 KROHKUR
With its curved, sickle-like shape, the Krohkur is a deadly and highly versatile weapon allowing the wielder to hook and slash their enemies. 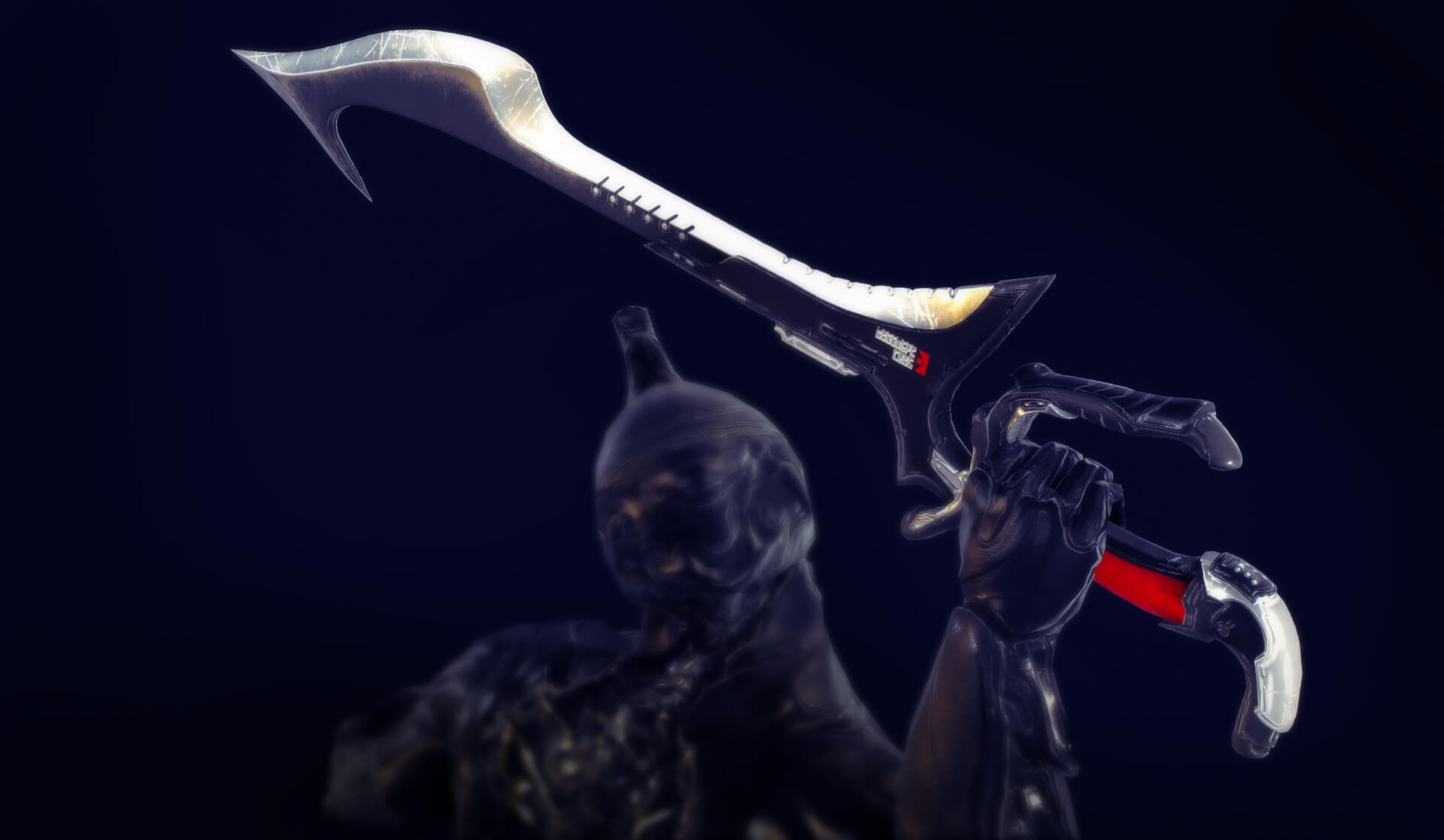 MOD SETS
Give your Warframe and Weapons a boost with new Mod Sets. A Set Bonus is applied if equipped with Mods from the same set. These Mods are available as potential rewards from completing Bounties from Konzu in Cetus and may also be acquired as drops from Assassination bosses. 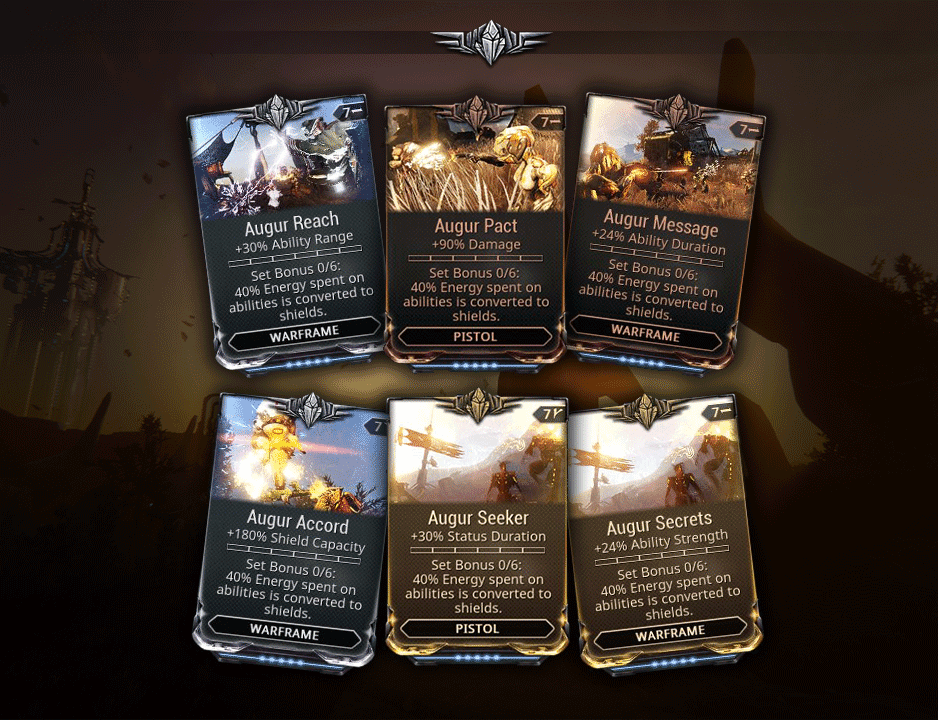 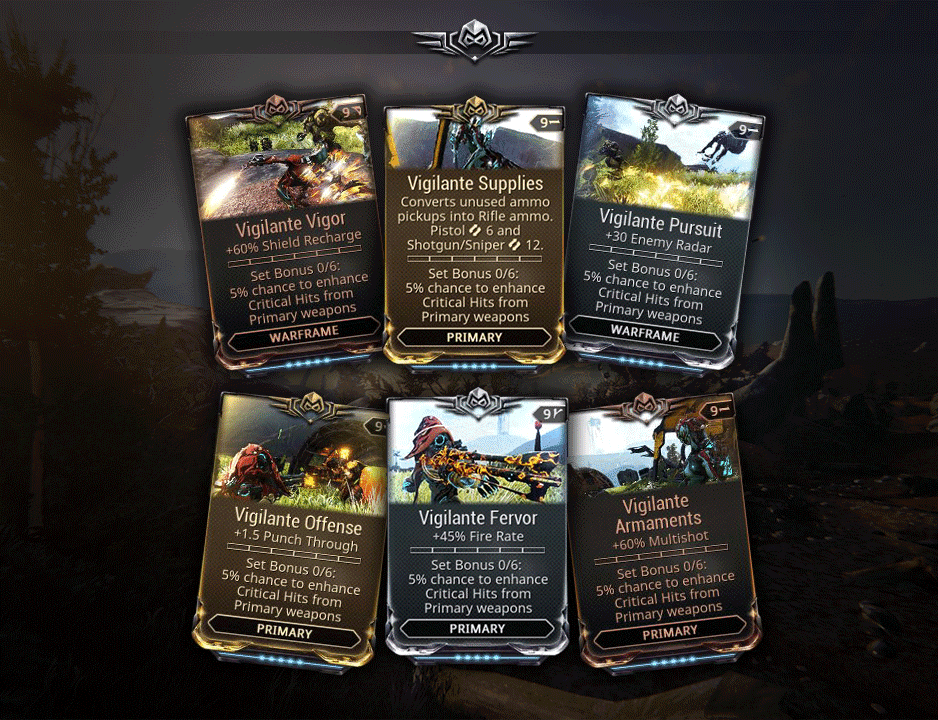 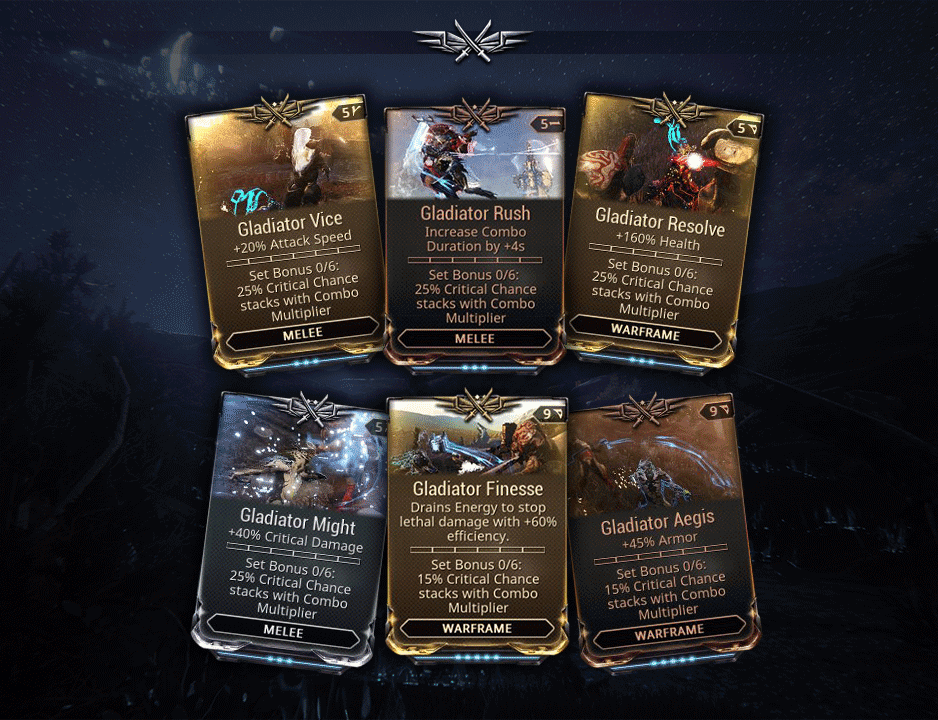 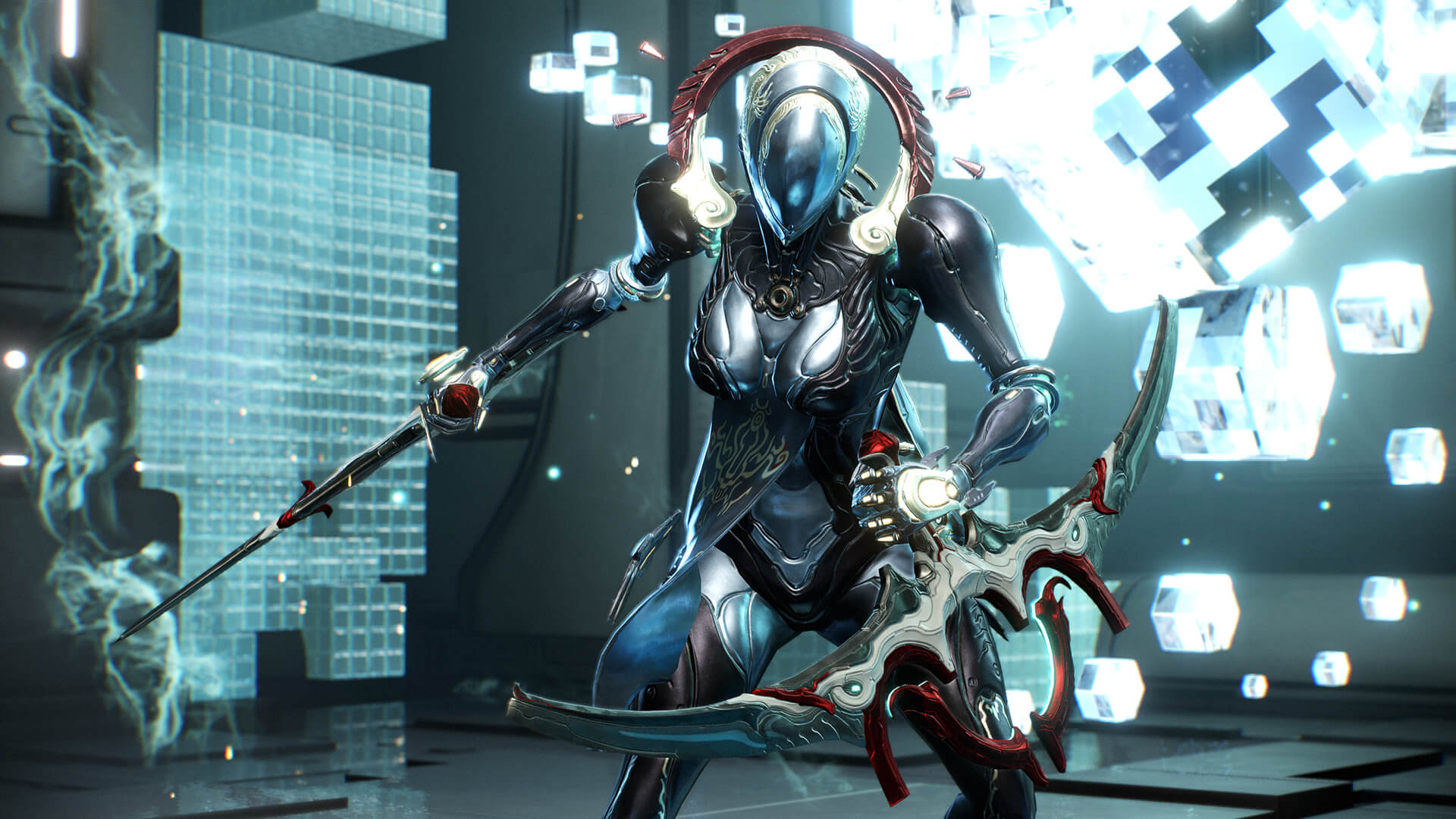