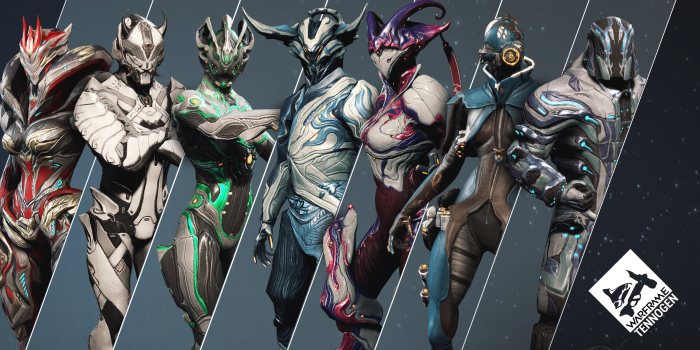 12 new community-created TennoGen items are ready to be added to your Arsenal! Purchase these items by logging in to Warframe through Steam and visiting the ‘Steam’ tab in the in-game Market. Moving forward, we will continue to try and get new TennoGen items out simultaneously! Shooting enemies in the head versus their gut is very useful when it comes to…everyday Tenno life. To better indicate exactly where your bullets are penetrating, hit indicators will be a pulsing yellow on default (anywhere but the head) and a quicker pulsing red when administering those satisfying headshots!

The lucky few who won early Banshee Prime Access, rejoice! She’s here for you with this hotfix on PC. Will the rest of us ‘losers’ be able to get a sneak peek at the lucky winners frames? Will they be kind enough to share?