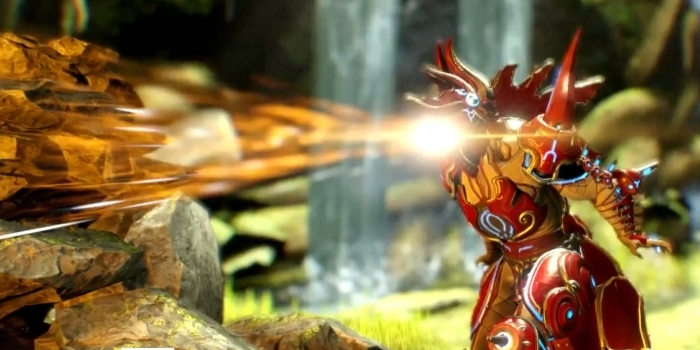 Limbo Revamp
• Limbo has a completely new roll animation that is a ‘Void Dash’ — this dash will take him in and out of The Rift with no Energy cost
• Banish has been upgraded to a small AOE
• Limbo’s #2 is a completely new power, Stasis — Stasis pauses enemies and projectiles inside The Rift
• Only a certain number of enemies/projectiles inside The Rift can be Stasis’d — surpassing this limit will force you out of the Rift for a short duration
• Limbo’s #3 is similar to Molecular Prime — a radial charge of all enemies in The Rift, they will explode upon dying, affecting enemies outside The Rift and creating mini-cataclysms
• Cataclysm remains relatively unchanged — it will now have a short stun to enemies upon entering so that Limbo has more time to react to them
• Limbo revamp has no current ETA, but it seems to be completely playable
• Watch Rebecca test the new Limbo HERE

Photobooth Mode
• There is a new mode being added that will allow players a deep number of customizations to get nice screenshots
• This mode will allow players to customize the background, animation frames, camera angle, filters, and more to give maximum control
• Watch Rebecca test Photobooth mode HERE 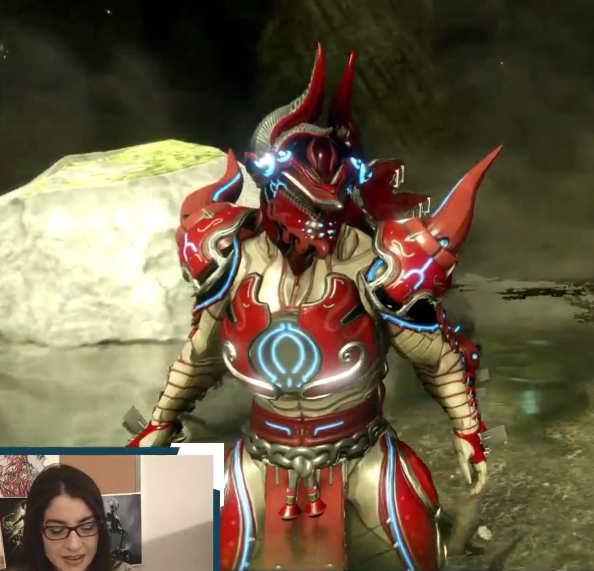 Helminth Charger Re-design
• The new model for the Charger is close to complete — since it’s rigged to the Kubrow skeleton still, it should be easy to implement
• Should definitely release in February Enemy Cell Dojo Room
• The upcoming Enemy Cell feature was spoken of again
• The procedurally generated kingpin enemy will be appropriate to Clan size and member number — smaller Clans don’t need to worry
• The Enemy Cell is not intended to be solo content, but it will be much harder — this is optimized for a group experience
• In a coming update, Clans will have levels that will determine what kind of Enemy Cells they can go after and perhaps have other privelages
• As Dojos grow and new things are built, Clans will gain levels — this will be retroactive, so large Dojos will start out at a higher level
• Dojos will start working on Relay servers rather than being hosted by a member
• The Dojo War Room that will house the Enemy Cell features was shown HERE Other Stuff
• Corpus Gunspear is virtually complete; should release very soon
• Tenno pump shotgun is far from complete; model hasn’t been started and it needs new pumping animations
• Not currently planning on adding Relics to Eximus droptables as was proposed previously
• The devs feel that they went a bit too far with the new flight-sim feel of Archwing — it doesn’t really work in tight areas, but it doesn’t sound as though it’s much of a priority currently
• Ash does have a completed Gunspear animation set, but it didn’t get submitted by accident — will be implemented ASAP
• Cephalon Samodeus is partly written and voicecast — still a ways to go before being implemented in-game
• Volt will get cloth physics eventually — no firm release date though
• Valkyr Prime trailer is very close to being done, however Geoff was told to delay releasing it until after Banshee Prime’s trailer — unclear why exactly
• Anniversary Alerts teased at?