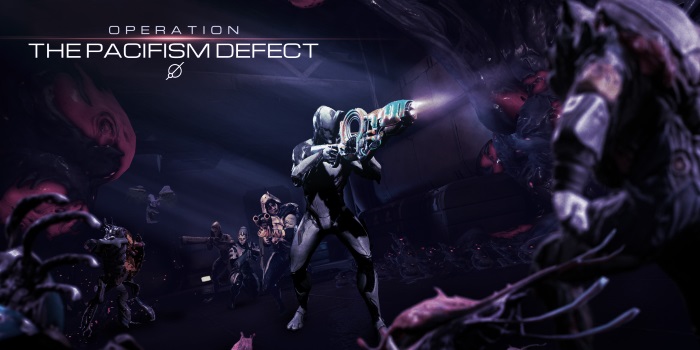 Developer Note: « A new Clan Operation is finally here! This Clan Operation has bits of the same – a unique mission, a call to action, a Wraith weapon… and a bit different! The Operation link will have all the information for you on what to expect – but for even further explanation: We’re trying something exciting and different with rewards for the most interesting Competitive aspect in a Clan Operation to date. There are a multitude of Personal and Clan rewards – Cosmetics and The Ignis Wraith! The Ignis Wraith as a reward has a few different avenues – an avenue for more casual clans, more coordinated clans, and a Hardcore avenue for the most competitive clans. Visit the Operation link to find out more! »

The Infestation has overrun a convoy of allied ships and forced the surviving crew into emergency safe rooms. They’re holding on for now, but without your support, they’ll die on those ships.

Before you go, you should know something; the crew is Grineer. But not just any Grineer, they’re Kavor Defectors, pacifists who deserted Sargas Ruks army when they could no longer bring themselves to kill for him. They don’t want to fight anymore, not for the Grineer, and not for Steel Meridian. All they desire is a peaceful life, but that won’t come easy; Sargas Ruk is hot on their trail and desperate to make an example of them.

The Kavor need evacuation, will you answer this call? Provvok Shoulder Guard
Cobbled together from vanquished Grineer, this Steel Meridian armor sends a clear message to the enemy.

The current Top 10% Score for competing Clans in The Pacifism Defect can now be seen here in the Public Leaderboards: http://content.warframe.com/dynamic/pacifismDefect.php

A note of clarification: If your Clan gets this Top 10% score or higher, you’re currently in the bracket that qualifies for the Ignis Wraith weapon research in your Clan Dojo at the end of the Operation. The leaderboard score is what counts here, not the Clan stats score (which includes people who joined late). These are separate as per our Operation thread: https://forums.warframe.com/topic/768548-operation-the-pacifism-defect/