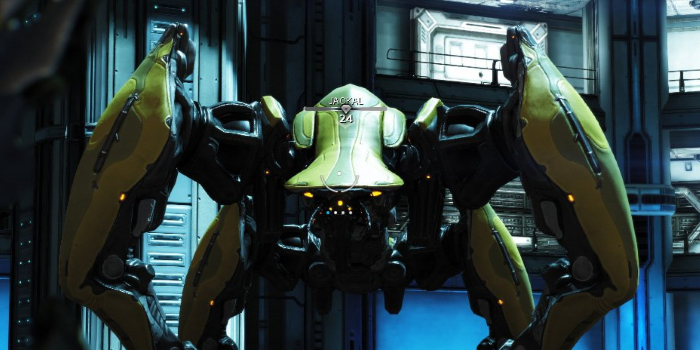 Astral Autopsy – Perform a Codex Scan of an enemy on melee kill! This can be equipped on any Archwing Melee Weapon!

Visit Simaris in the Relay to obtain this new Mod!

As an example, take a look at how the Jackal looks now when he’s invulnerable:

Snowday Showdown
The Snowday Showdown Conclave gamemode has come to an end! But don’t worry, you can look forward to another similar variant coming soon!

The AkLex Prime has been added! Baro Ki’Teer will hold the new Axi A2 Relic during his visit this weekend that contains all you need to claim this newest weapon for your Arsenal.

When a new weapon in a series comes out, some previous mechanics are refactored to maintain balance. With that said, the Aklex Riven Disposition has been changed from Strong to Neutral. As we’ve previously stated when Riven Mods were first introduced,
Warframe content will not be balanced around Riven Mods, but Riven Mods will be balanced within their own ecosystem.

We will continue to monitor this change and welcome your feedback!