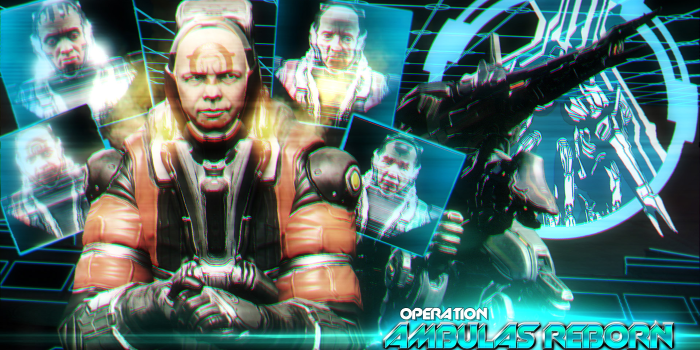 Frohd Bek is back and he’s brought a powerful new threat!

Perrin Sequence leader, Ergo Glast, has intercepted disturbing communication. The profit-hungry Corpus are attempting to grow their military to dangerous and uncontrollable levels. Corpus Board Chairman, Frohd Bek, is inviting investors to witness the newest and deadliest Ambulas Prototype live on the battlefield. The Ambulas is equipped with a state-of-the-art processor called Animo, that learns and grows from every encounter.

Work with Ergo Glast and fellow Tenno to halt Frohd’s project and disrupt Ambulas deployment before they see widespread use. New Dropships containing the Ambulas Prototype have been sighted on Corpus planets. Take them down and make the investors think twice!

Matchmaking for The Index now uses wager levels when setting up Squads. This means Low/Medium/High wager players will not be matchmade together – you’ll only be put with others that have chosen the same wager. This should mitigate conflicting goals within a Squad.
Changes:

We hot-dropped a live fix earlier for the World State Window not displaying Operation information. Play the Operation before it’s gone!

We have added an ‘Operation HOW TO’ diorama by clicking the Operation from the World State Window.

This morning’s very early Hotfix 20.4.2 fixed an exploit in the Operation that could occur on Host Migration. Due to this exploit fix, Ambulas would not spawn if a Host Migration occurred during the mission, which resulted in frustrations for those that lacked a strong  connection. A new plan of action was assembled and the following change has been made to allow Host Migrations to occur but to also fix the original exploit:

Once a new build has been detected, starting missions, opening the Star Chart, joining missions, inviting to a squad, etc will be blocked until you have updated Warframe.