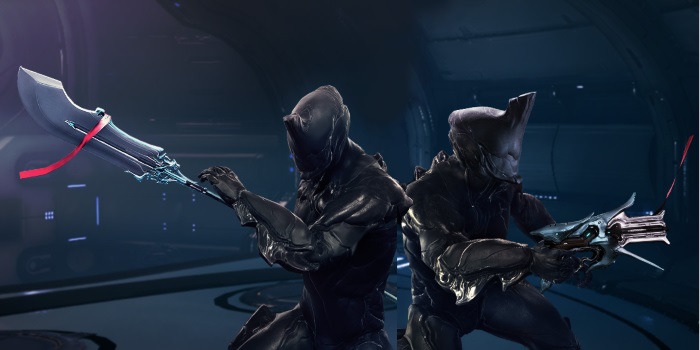 Channel your inner crimson warrior with the new Guandao Collection!

Slice through your enemies with the Guandao, a towering polearm, or take them out from a distance with the Zakti pistol and its lethal toxicity. Adding the Mozi Syandana will ensure your enemies only see a flash of red before their last moments, if they see anything at all…

Visit the Market today to claim this Collection or each new item individually!

The Guandao Polearm and Zakti Pistol can also be crafted in the Tenno Research Lab in your Dojo!