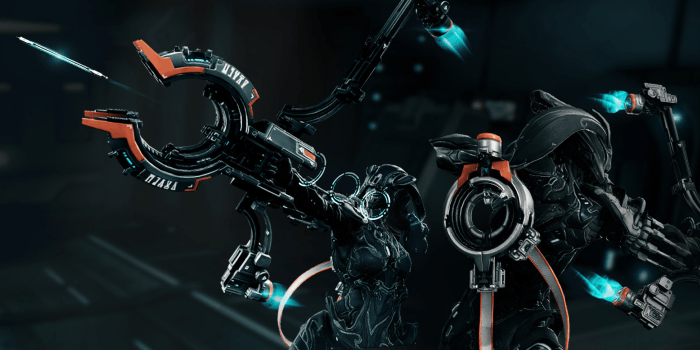 Eradicate the enemy with the Lenz!

Bolts from this Corpus bow deliver a one-two punch of an icy pulse, followed by a conventional explosion. Excess ammo picked up for other weapons will be converted into charges for the Lenz. Warning, safety-protocols do not exist on this prototype.

Research the Lenz Blueprint in the Clan Dojo Energy Lab or get it in the Market.