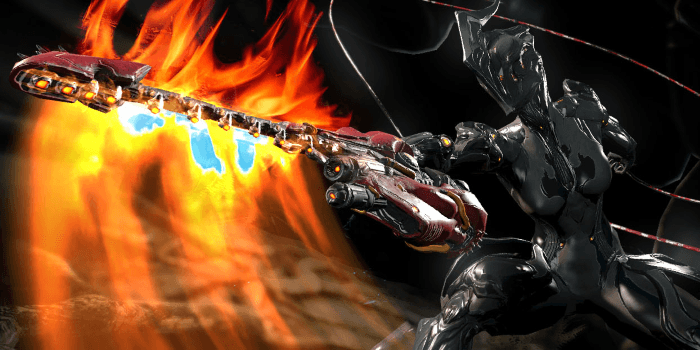 The winning Melee entry from ‘The Best Defense’ contest is here! Concepted and submitted by fellow Tenno SilverBones, this Grineer inspired Plasma Kusurigama is the embodiment of murderous, Grineer ingenuity. 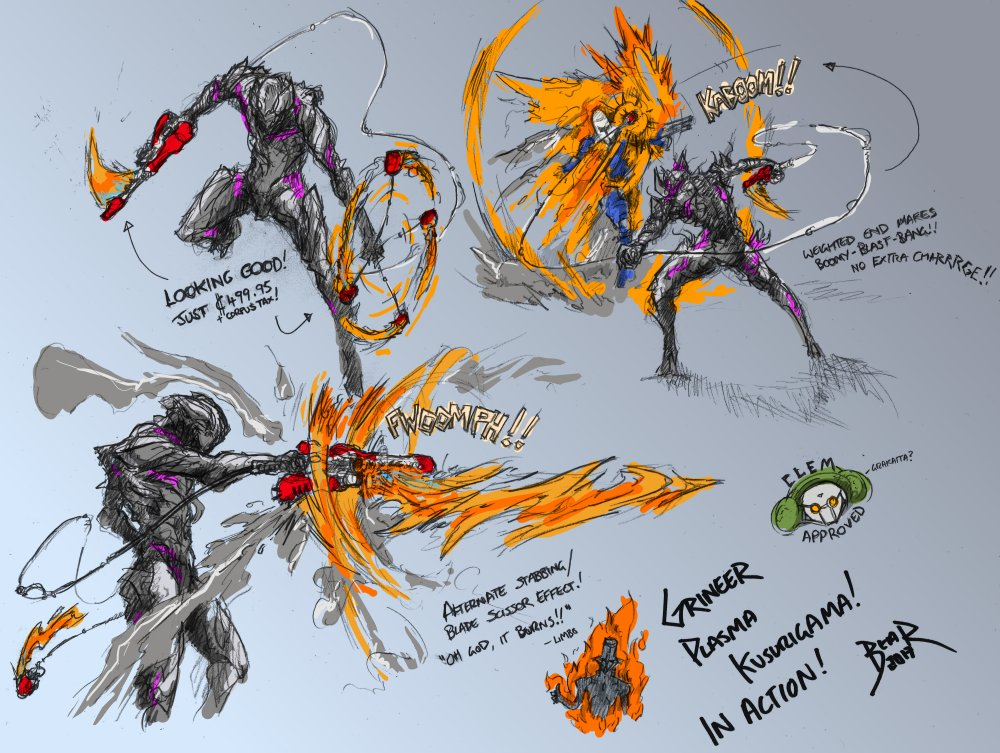 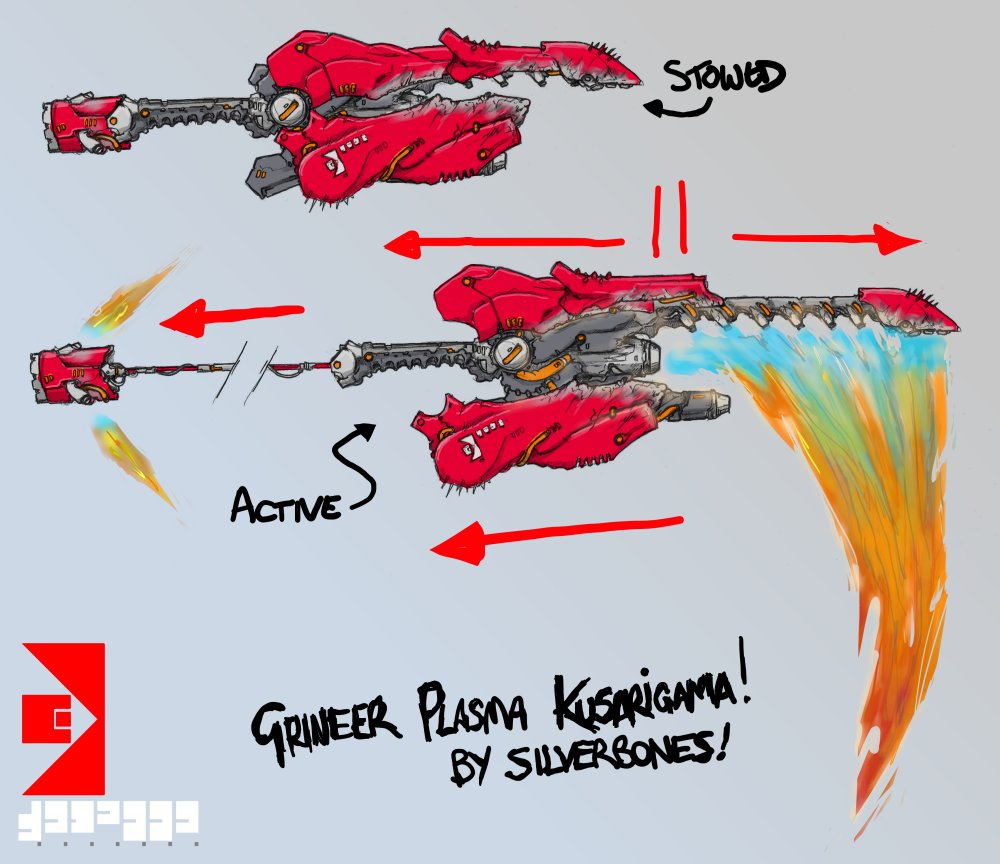 Wild Relics containing these items have been removed from drops, but Inventories will not be touched. Those that possess vaulted Relics may treasure them forever or continue to crack them open for a chance at these items.